What Affects The Price Of Laphroaig Whisky

Selling Laphoraig whisky can seem like a daunting prospect. After all, there are so many ways that you can sell whisky. But which way is the most effective? And, how can you get the best price for your whisky? Well, that is where we come in.

At Mark Littler Ltd we can help you to sell your Laphroaig whisky quickly, stress-free, and for the best price. We make selling whisky online easy with Mark Littler Ltd.

How To Date Your Bottle

Whisky does not continue to age when it is in the bottle so holding onto a bottle for a long time does not mean its value will increase. However, an old bottle of ‘standard’ Laphroaig single malt whisky can be collectable as whisky collectors often look for changes in labels. 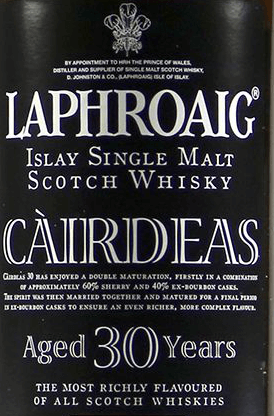 This is a rare bottling of 60% sherry casks and 40% bourbon casks, which were then married together in bourbon

The Six Factors That Affect The Price Of Laphroaig Whisky

There are six factors that will affect the price of your bottle of Laphroaig. These are the age of the whisky, the bottling date, the vintage, whether it is a single cask edition, the level of the whisky and the condition of the label and box.

How We Can Help Sell Your Adelphi Whisky

What is the price of your Laphroaig whisky? 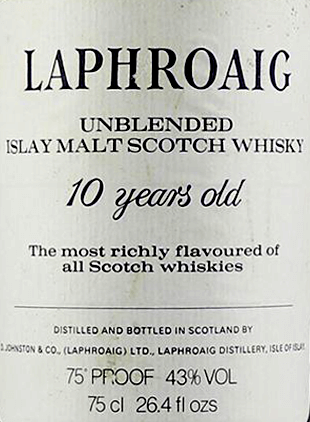 Bottles of Laphroaig like this unblended 10 Year Old are very commercial and can make £1000’s in some instances.  Be on the look out for any bottles at 75cl or 26 2/3fl ozs as these are especially sought after.

The market for Laphroaig whisky has grown exponentially in the last five years. High prices are not just reserved for very mature and rare bottlings, even bottles were bottled before the Royal Warrant was appointed to Laphroaig in 1994 command a premium. Any bottles prior to the 1970’s are also very much in demand, so it could be that you are sitting on a small fortune without realising.

If you were shrewd enough to buy some of the limited edition bottlings then you should see a good return on your investment.

This page is intended as a starting point highlighting a few key features about your Laphroaig and how to go about getting it valued, and eventually sold.