Since the release of Macallan’s Red Collection, Macallan has held the record for the most expensive bottle of whisky ever sold, and the oldest bottle of single malt Scotch whisky in existence. But no longer… One of these records is about to be broken, and reclaimed.

This comes after Gordon & Macphail’s bottling of 70 year old Mortlach previously held the record, until Macallan took the title. 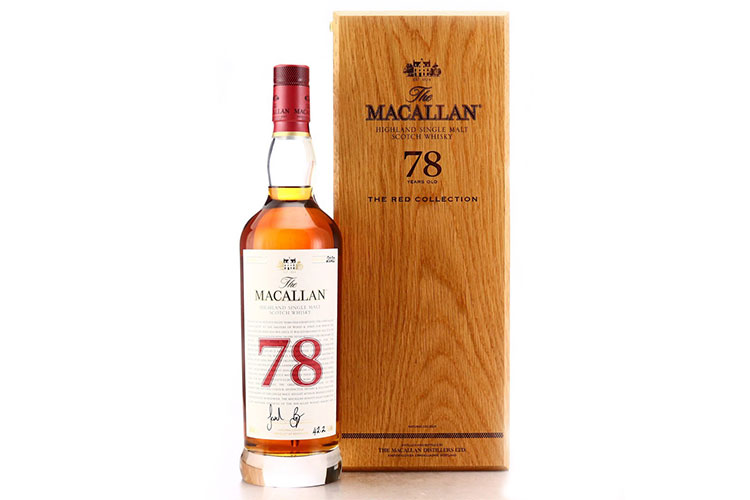 The whisky hails from Glenlivet, cask 340, which was laid down to mature on 3rd February 1940 under the care of John and George Urquhart. George Urquhart is often referred to as the ‘Father of Single Malts’ due to his contributions to bottling single malt whiskies from a number of distilleries during his premiership at Gordon & Macphail.

When this whisky was distilled, Europe was devastated by the Second World War, the Dunkirk Evacuation was months away from fruition, and Tom and Jerry made their television debut in the United States.

250 decanters have been drawn from the cask, and each will be presented in a handmade decanter designed by Sir David Adjaye OBE along with an oak case. The whisky was bottled at 44.9% ABV, an impressive strength for an 80 year old spirit.

No photographs have been released yet, with the unveiling of the single malt set to take place in September 2021. 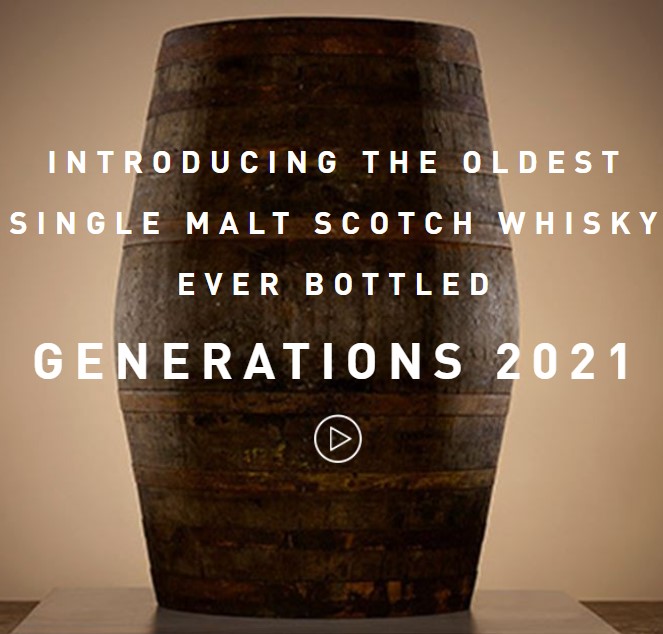 Gordon & Macphail’s website gives a sneak peak of what is to come.

Sotheby’s have the honour of auctioning the first decanter with all proceeds going to Trees for Life, a Scottish charity that works to save the Caledonian Forest.

There is, of course, the question of price. The release price of Macallan’s 78 year old was £65,500. However, the 78 year old Macallan was released as part of a series, the Red Collection, and was presented in the same packaging as its juniors. We wonder if the packaging here may demand a premium.

We would love to know your predictions on price. Do you think that this Glenlivet 80 Year Old will retail for more than the Macallan 78 Year Old? Or will the luxury of the Macallan brand outweigh the impact of the Glenlivet’s age statement? Get in touch at [email protected], and tell us what you think.

The Glenlivet 80 Year Old Gordon & Macphail will be unveiled in September 2021.

A History Of Gordon & Macphail

Set up by John Alexander MacPhail and James Gordon in Elgin in 1985, Gordon & MacPhail are arguably one of the longest running independent bottlers to date. They are not only famed for their longevity, but also for having the largest collection of rare and old whisky casks in the industry.

Following the retirement of MacPhail in 1915 John Urquhart joined the company, sadly only two weeks later Gordon was killed in a car accident, after which Urquart’s son George joined the company. Urquart became senior company partner and started the broking side of the business as well as bottling whiskies from renowned distilleries under special licences, such as Glenlivet.

The driving force of the business and a dream of Urquhart and his future generations was to have their own distillery. This dream finally came true in 1993, when they bought Benromach. Before it was opened by Prince Charles, the distillery was upgraded. Eventually, a new range of Benromach expressions were released and to this day it remains an important part of the company.

The name Gordon & MacPhail is incredibly popular in the whisky world and the company are often looked to for inspiration for newer bottlers. Since day one, it has been based in the small town of Elgin and at the heart of its operations is their retail unit on South Street. This combines the famous Whisky Room and over 1,000 malts for sale with a wine and deli merchant.

Across town is where the maturation, bottling and offices are based at George House. In the warehouse there is an incredible collection of rare and old malt casks, with some prized Macallans from the pre-war era. The whiskies they bottle are spread across distinct ranges, like The MacPhail’s Collection, Rare Old, Cask Strength, The Private Collection and Connoisseurs Choice. Generations is the most exclusive, with the oldest bottle of single malt being released in that label; a 70-year-old Mortlach.