What Affects The Price Of Black Bowmore Whisky

Do you want to know the value of your bottle of Black Bowmore whisky?

We can value your whisky and help you find the best price for your bottle if you are looking to sell your Black Bowmore.

What is Black Bowmore Worth?

Distilled on the 5th November 1964 in first fill sherry casks, Black Bowmore has become THE most sought after Islay whisky and ranks high amongst the best selling single malt whiskies.

Below are the original release details which show the leap in RRP (recommended retail price) at time of release jump from £80 per bottle to £16,000 per bottle.  There are many within the industry (including ourselves) that believe the market cannot sustain the exponential growth that we have experienced recently. A quick glance at the Rare Whisky 101 Apex 1000 Index shows the rise in value of the single malt market since 2008.

While the current trend in the whisky market certainly indicates that things seem to be slowing, the value of Bowmore and Black Bowmore in particular are still high. As expert whisky brokers Mark Littler can help you sell your bottle and ensure you get the best price for your bottle.

Please use the valuation form to send us the information on your bottle in order for us to offer you a no obligation valuation on your Black Bowmore. You can also read our guide to selling your whisky online. 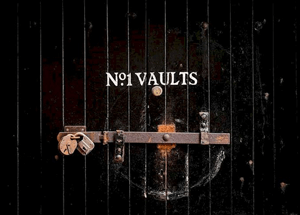 The No.1 Vaults at Bowmore – the oldest single malt whisky maturing warehouse still surviving. This is where all of the Black Bowmore casks were matured.

Did you know that the first single malt to be marketed with in the UK was Glenfiddich in 1963. How the market has changed. But we need not go back to 1963 to realise what a change the single malt whisky market has gone through.

Black Bowmore was first released in 1993 at £80 per bottle, well before the market boom. The near black whisky (which takes its colour from the sherry casks) was considered expensive at the time of release, but this was at a time when the whisky itself (rather than the distiller) was front and centre.

2007 generally marks the start of the specialist whisky auctions. This coincides with the huge rise in marketing budgets by the distillers and the rise of a new form of collector; the investor. The fourth edition of Black Bowmore was released in this year too, at a cost of £2,400 per bottle.

The final edition of Black Bowmore shows the epic transformation of the market – being released at a whopping £16,000 per bottle. Was it worth this price? Critics widely cite the first three editions as being superior.

Care for your Black Bowmore

We all know the angels take their fair share of spirit from the casks (2% per year). However, true to the more grounded visions of the distillery in the early 1990’s, bottle seals were not necessarily the best. Sadly many of the early Black Bowmore editions suffer from evaporation as a result.

The reduced levels affects the value as the reduced alcohol level (as it is this which evaporates first as it is more volatile than water) has a big impact on the taste. We strongly recommend sealing your bottles using Parafilm strips; medical grade sealing tape which will stop any more evaporation. They are available here.

If you no longer have the original wooden box that came with your bottle you may well have lost thousands of pounds. Collectors pay the highest prices for bottles with their original boxes, some not even considering a bottle devoid of its original case.

The box for the final edition of Black Bowmore was hand crafted by carpenters and took 70 hours each to make. 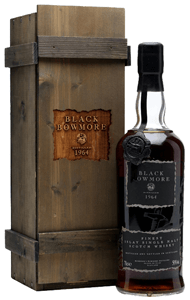 Where it all began. The first edition of Black Bowmore from 1993. 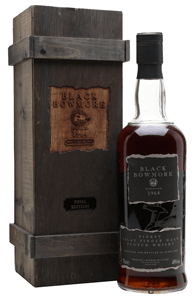 Demand for Black Bowmore is huge. We have clients across the UK and Far East looking for bottles.

However, as noted above the market is volatile. The results from auctions can be startling. One month a third edition might sell for £8,000, the next month another third edition will sell for £10,000 – with the same auction house.

The level makes a big difference, but so does confidence in the market and the whims of collectors.

If you would like a valuation of you bottle please send us images and we will be happy to help. You can use the form below, or send them directly to [email protected]

How We Can Help Sell Your Black Bowmore

The history of Black Bowmore RRP 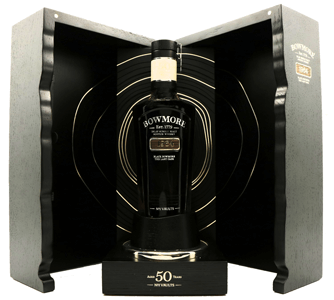