A Whiskey For Every Year: The Oldest Irish Whiskey Collection In The World

A collection containing the world’s oldest Irish whiskey will launch this month (February 2020). The Old Midleton Distillery in Cork, is renowned for producing some of the best Irish whiskey that the distilleries of Ireland have to offer. The distillery was in operation from 1825 – 1975. Since then, the distillery has been decommissioned, and will never produce whiskey again. The ‘silent’ status of Old Midleton makes the bottles in this collection even more desirable. 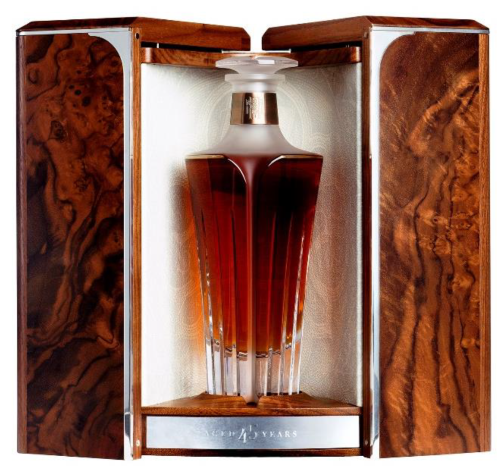 In 1984 Barry Crockett, son of Max Crockett, became Master Distiller at Old Midleton, inheriting the role from his father. Three years later, he created Midleton Very Rare, which now enlists the help of Barry’s successor, Master Distiller Emeritus Brian Nation of the fully functioning Midleton Distillery, in choosing rare and wonderful whiskies to blend and create an annual vintage. This collection promises to be the best yet.

The Midleton Very Rare Silent Distillery Collection comprises of six releases, the first of which is a 45-year-old Irish peated single malt whisky that was created by Max Crockett one year before the distillery closed its doors. The whisky has been lying in a sherry cask for 45 years, slowly being infused with flavours such as toasted oak and red berries. The collection is a treasure for whiskey lovers, as the whiskies in the collection consist of some of the final whiskies that were distilled by Old Midleton Distillery before it fell silent in 1975.

Over the next five years, one installment of the collection will be released annually, with the last release – in 2025 – coinciding with the 200th anniversary of Old Midleton’s opening. Each release is between 45 and 50 years old, and will be decanted into handmade crystal bottles, produced by Waterford Crystal, and then presented in a wooden cabinet made from reclaimed whiskey casks. Each bottle will represent a true testament to the popularity and luxury of Ireland’s whiskey industry.

There are only forty-eight bottles of Midleton Very Rare Silent Distillery Chapter One available, two of which will be sold via the Midleton Very Rare members’ programme. Then, whiskey enthusiasts will be given the chance to own a bottle by entering a lottery and winning the chance to purchase a piece of Irish whiskey history. However, if you fancy your chances at buying a bottle, you will need some spare cash, as the retail price for these bottles is £32,000.

If you have a bottle of Midleton Irish Whisky that you are thinking about selling please send a picture of your bottle, stood up, to [email protected]. We can help you with a free valuation on your bottle and help you find potential buyers.

Auction House Exhibitions Postponed Due To Coronavirus Fears Expert Opinion: What Chattels Do You Need To Declare For Probate

The Romance Of The Cask Part 4: Warehouses, finishing & the end of the line

The Romance Of The Cask Part 3: Toasting, Charring & Why Size Matters

The Romance Of The Cask Part 2: A Cask’s Past Life