Whisky 101: Everything you need to know about whisky 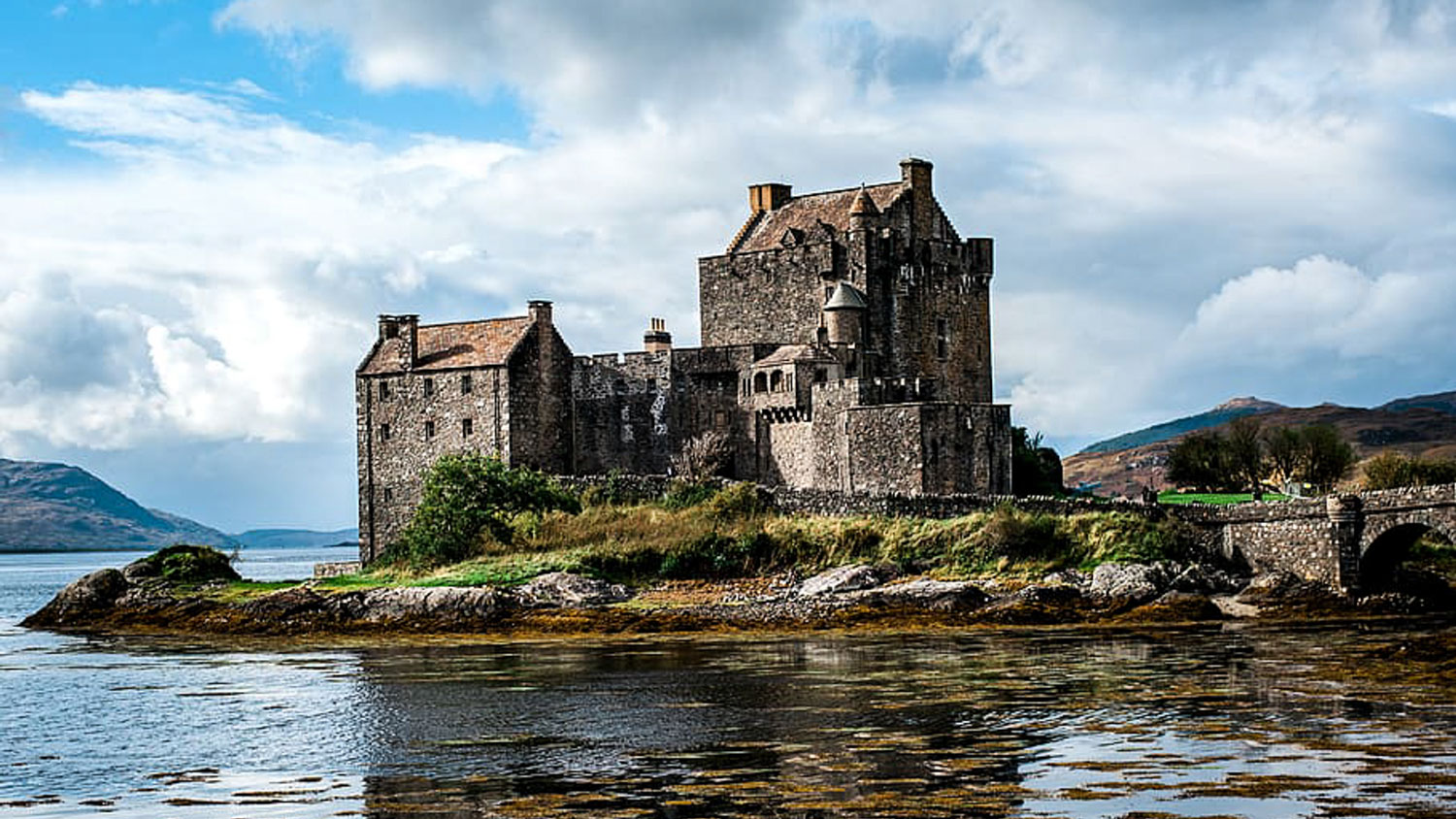 A brief history of whisky

Need to brush up on your whisky knowledge? This is your complete guide to getting started in the world of whisky. We cover the basics of everything whisky, from bourbon to single malt: 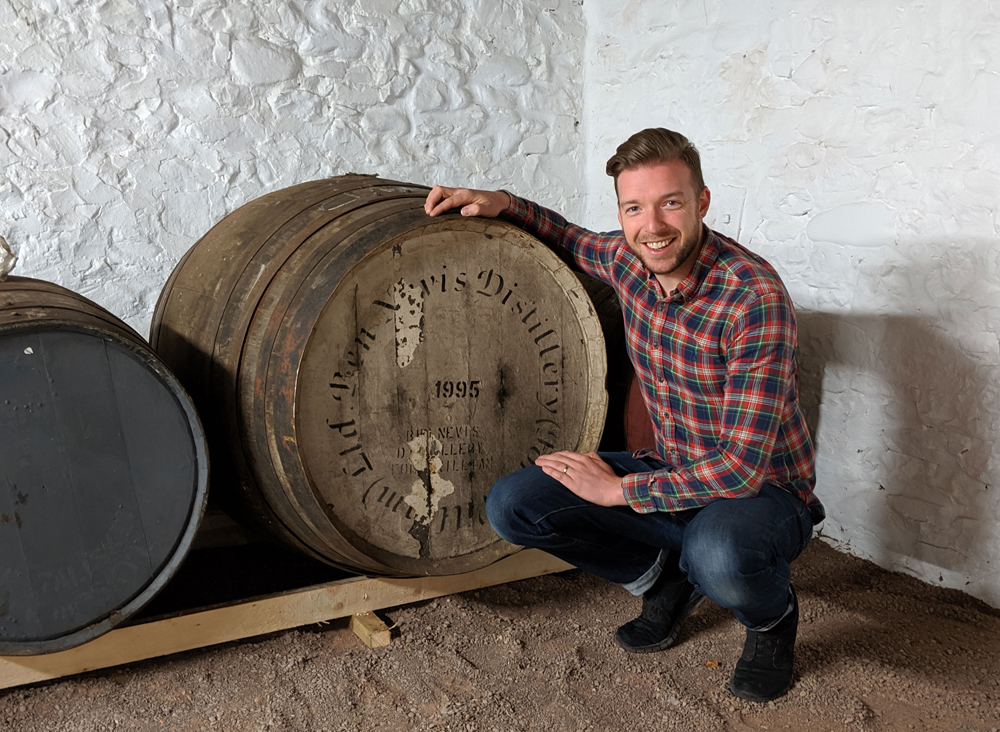 The early history of whisky

Often referred to as ‘water of life’, whisky is a popular spirit distilled from malted grain. It is said to have been developed in the Irish monasteries of the middle ages. However, it is hard to define an exact history of whisky, as different schools believe in different origins; some even say it was the Babylonians of Mesopotamia who discovered the art of distilling, as early as the 2nd millennium BC.

What we do know, is that the process of distillation reached Ireland and Scotland around the 15th century. It was mainly used for medicinal purposes, particularly in the treatment of epidemics such as the smallpox. The nobility of the time, particularly James IV of Scotland and King Henry VIII of England developed a taste for whisky as a drink rather than simply as a cure for sickness, and by 1608, the Old Bushmill’s Distillery in Northern Ireland obtained a licence to distill whisky. Unfortunately, the introduction of the English Malt Tax in 1725 meant that whisky became classed as moonshine, which caused many of Ireland’s distilleries to be shut down or go underground.

What is the difference between whisky and bourbon?

There are different types of whiskies, all of which differ depending on the malting, blending and maturing process, and of course on where that whisky is produced.

Single malt Scotch whisky is made exclusively from malt barley and is traditionally distilled in pot stills. Scotch whisky must be matured in oak casks for more than three years; new casks are never used.

American whisky (also known as bourbon, and often spelled whiskey) on the other hand can only be matured in new, American oak casks. Bourbon is a type of grain whisky and must contain at least 51 per cent corn, the spirit is usually distilled using a modern column still.

Blended whisky is made up of a mixture of single malt whisky from different distilleries, a famous example being the Johnny Walker brand’s Green Label whiskies.

What influences the flavour of whisky?

There are several factors that affect the flavour of whisky and produced the unique signature of different regions and countries.

The water used to make the spirit is thought to affect the finished flavour of the whisky, providing subtle notes that help distinguish between the regions. Water with a low minerality , such as those used by the Speyside distilleries, is prized by some, but the high peat content of the water at Islay and Campbeltown is thought to contribute to the earthy flavours valued by lovers of that region.

An obvious flavour addition is whether the malt has been dried using peat, which adds a distinct smoky tone to the whisky and is a hallmark of many Scottish whiskies. The type of peat used also has an effect, as the different flora and fauna of each region produce a unique peat with a specific smokiness.

The location of the distillery influences the taste, both through the peat as mentioned above and through the locality and climate. For example, the coastal distilleries of Islay and Campbeltown tend to have distinctive coastal flavours of brine and seaweed in their tasting notes. This contrasts with the Lowlands’ whisky, which is renowned for grassy flavours.

Each distillery has its own history and traditions, and these tend to influence the flavour of the whisky produced. The type of still used, and the way it is run, even the time the still is run for and what proportion of the spirit is taken, all influence the finished product.

Some people argue that as much as 60–80% of a whisky’s flavour is imparted during its time in the cask, with the type of cask and the time spent in that cask being two of the main factors. The cask imparts flavour through interactions with the wood, and in the case of Scottish whisky (where pre-used casks are used for maturation) the flavours that have been infused during the cask’s previous life. Casks and their influence on the whisky inside them varies hugely and a full discussion of the effects of casks on the whisky is discussed here >>

How is Whisky Made?

Different styles of whisky undergo different processes depending on the country they are produced in and the distillery in charge of making them. However, in general there are five main stages involved in creating the perfect dram of whisky.

The first step to making whisky is malting the grain; barley in the case of Scottish whisky. During this process, the starch contained in the barley is converted into the sugar that will later be used by the yeast to produce alcohol.

Once top-quality barley has been collected and selected, it is soaked in water for a couple of days. Once the barley has been soaked it is spread out over malting floors, so it can partially germinate. This takes 5-7 days, the exact amount of time is chosen by the distillery. The germination process is stopped by drying the barley with hot air and it is here that the characteristic smoky flavours of some whisky are created, if peat is added to the fire. The dried, germinated barley is known as the malt.

The malt produced during the previous step is milled into flour – referred to as grist – and added into a mash tun (a large tank) where it is mixed with hot water. The water is added in three stages, first at 65° C, then at 80° C and finally almost at boiling point (95º C). During this process, the malt sugars dissolve into a liquid known as wort, which is collected at the bottom of the tun.

The wort is cooled and introduced into a wooden or stainless-steel tank, where it is mixed with yeast and kicks off the fermentation process. Fermentation takes 48–96 hours, whilst the yeast converts the sugar into alcohol. The resulting liquid is called wash and has around 6–9% alcohol by volume.

Distillation is the process whereby the alcohol content of the wash is increased. Distillation occurs inside a still, which is usually made of copper. There are two different types of stills: pot stills and column stills. The main difference between pot still distillation and column still distillation is that the former is a batch process, while the latter works continuously.
Pot still distillation is the most common method used in Scottish whisky. Traditionally, the wash is distilled twice, though some distilleries use triple-distillation. The wash is heated up in the first still, and because alcohol evaporates more readily than water a higher percentage of alcohol evaporates, the shape of the still is designed to cause the evaporated vapour to condense in a separate part of the still. The resulting liquid, with about 20% ABV, is moved into the second still and heated up again where the process is repeated. The final spirit reaches a graduation of 60-70%ABV.

Column still distillation is typically used in the production of bourbon and grain whisky, and it is a good fit for large-scale distillation processes. The column contains a series of perforated plates, evenly distributed along its extension. The wash is introduced from the top of the column and hot steam is applied from the bottom. The wash starts descending gradually, pushing the alcohol vapor up. When the vapor hits each one of the plates, the alcohol content increases. Once the process has ended, the vapor is introduced into a condenser. The final spirit can reach a graduation of up to 95%ABV.

For the final step, the whisky is introduced into a cask, which is commonly made of oak, and left to mature for several years. During the maturation process, the whisky becomes smoother, enhancing its colour and flavour.

Scotch whisky must be left to mature for at least three years and the cask is usually pre-used American ex-bourbon cask or a Spanish ex-sherry cask. Usually, single malt whisky is aged for eight years or more. American bourbon must be matured for at least two years in new, American oak barrels that have been charred.