This History of Chester Silver 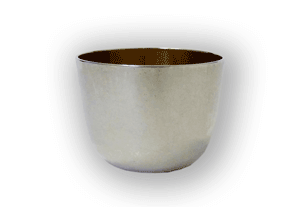 The History of the Chester Assay office

Chester had a Guild of Goldsmiths from the early 15th century.  However, records from the Chester office only begin at the end of the 17th century after tighter legislation was introduced.

Chester was granted an official Assay Office in 1700 and until its closure in 1962 there are very detailed records of the maker’s and the date letters. 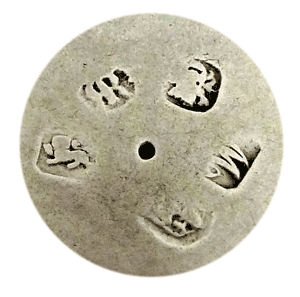 The Hallmarks for Richard Richardson II, Chester 1747 (as per the tumbler cup)

A Brief Introduction to Hallmarks

So by the middle of the 15th century the British had a system of marking and identifying silver and gold which is still the envy of the world.

Tumbler cups were a speciality of the Richardson family.  Typically around 5-10cm high and very plain, tumbler cups are known from the reign of Charles II.  They have a weighted bottom to keep the cup upright and were designed to have their contents drained in one!  Many believe these cups to have been given at cockfighting events, but there are few references to support this.

Through the 19th century Chester remained an important assay office where local and foreign silversmiths work was assayed.

Bethold Mueller is a name often associated with the Chester Assay Office as they were an import firm.  They predominantly distributed silver produced by Neresheimer & Co.  Based in Hanau, Germany, Neresheimer & Co produced copies of much earlier pieces of silver.  It was Mueller who imported these to England, and to comply with our Hallmarking regulations all of the imported pieces had to be tested for purity and marked.  The tell-tale sign that your piece of silver has been imported is the inclusion of a letter ‘F’ (implying ‘foreign’) within a shield as part of the hallmark.

Free Valuations on your Chester Silver

The Whisky Market in 2020 The Power of Branding on Whisky

The History of Liverpool Silver