We often broker unique and interesting items at Mark Littler LTD and this medieval marriage ring is no exception. This 15th century piece of jewellery was discovered by beginner metal detectorist, Lee Rossiter, in Green Hammerton, North Yorkshire. The ring was miraculously in excellent condition despite having been buried for nearly 600 years. 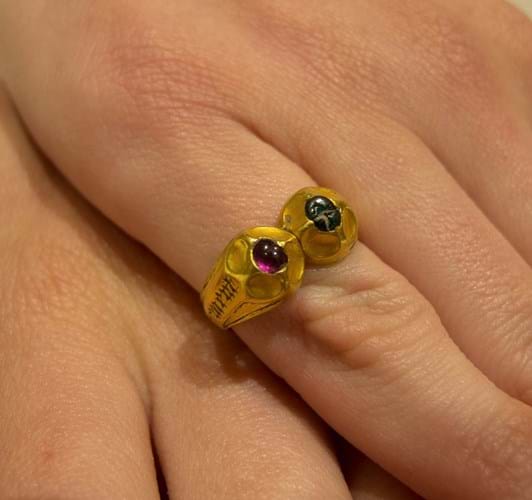 Once Rossiter had found the ring it was taken to the British Museum for assessment. After x-ray analysis, it was confirmed that the ring is 78-80% gold, 11-13% silver, and the remaining 9% copper. The stones in the centre of the flower shapes are ruby and emerald. The piece also features an inscription in Norman French which reads ne meur bon followed by an image of a heart, which translates to a good heart never dies. The ring was declared treasure under the terms of the Treasure Act (1996) and museums were given the chance to buy it from Rossiter. However, the marriage ring was returned to Rossiter after no museums were able to raise the funds.

Rossiter held onto this treasure until he approached us here at Mark Littler LTD to broker a private sale. Our specialist knowledge of antiques led to us contacting Wartski, well-known dealers of antique jewellery. The result was a fantastic five-figure sale.

Do You Have Antiques For Valuation?