What Affects The Price Of Scotch Malt Whisky Society Whisky

Selling Scotch Malt Whisky Society whisky can seem like a daunting prospect. After all, there are so many ways that you can sell whisky. But which way is the most effective? And, how can you get the best price for your whisky? Well, that is where we come in.

At Mark Littler Ltd we can help you to sell your Scotch Malt Whisky Society whisky quickly, stress-free, and for the best price. We make selling whisky online easy with Mark Littler Ltd. 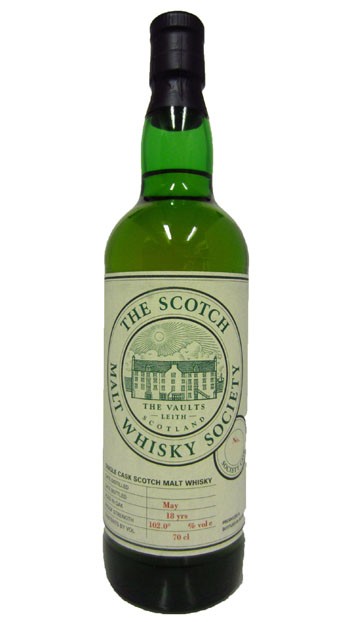 It is difficult to find details regarding many of the early bottlings from the SMWS as they did not keep record, but approximately 4,000 bottles have been produced since 1983. However, despite their name, they did not just focus on Scotch whisky but later moved into the bottling of Irish and Japanese whiskies.

All bottles produced by the SMWS are numbered according to their distillery and bottle number, hence the first bottle produced was 1.1 (Glenfarclas was distillery number one). Each distillery has its own code, which you can find in the list below. Initially bottle numbers were handwritten in red ink, as with the date of distillation, bottling and ABV.

A bottle of SMWS Brora 1976 61.1 recently sold for £6,001. You will notice from the list that 61 is Brora’s distillery code, so this was the first whisky bottled at this destination.

There are six factors that will affect the price of your bottle of Scotch Malt Whisky Society whisky. These are the age of the whisky, the bottling date, the vintage, whether it is a single cask edition, the level of the whisky and the condition of the label and box.

How We Can Help Sell Your Samaroli Whisky

What is the price of your Scotch Malt Whisky Society whisky?

Scotch Malt Whisky Society (SMWS) is a highly exclusive club for members and independent bottler that was first formed by some friends in 1983 in the Scottish capital, the group purchases and bottles whiskies from over 125 distilleries around the world and then sells them on to members. Ben Tindall, an architect, W Gordon Smith, a writer, David Alison, a contractor, Russel Hunter, an actor and Philip ‘Pip’ Hills, a tax accountant started it all.

Philip Hills was already a scotch enthusiast and spent much of his free time travelling the country and tasting at different distilleries. The first purchase they made was a Glenfarclas cask that they occasionally drew bottles from to share among themselves. A short time later the noted Vaults building became available and the friends officially set up the SMWS and the first bottling commenced, appropriately numbered as 1.1 from the Glenfarclas – a sherry cask – was released. After which the society released bottles every month until their expansion.

Although Hills left the society in 1995, it continued as a private organisation. In 1996 it introduced a private share scheme that used the funds raised to purchase another member’s club, this time in London at Greville Street. It then opened a third base in Edinburgh, along Queen Street. However, this was subsequently purchased by Glenmorangie on the same year.

For its 25th anniversary the society made some striking changes, to both the label and the shape of the bottle. Then, further changes were made to their bottles for new releases during 2017 and onwards so that the styles of the whiskies were better emphasised.

There is no argument that The Scotch Malt Whisky Society is one of the most influential bottlers with regard to the popularity for single malts, not just throughout the UK, but around the world. They are noted as being one of the first to really promote the idea of single casks and bottling malts at cask strength.

Glenmorangie Plc purchased SMWS in 2004 and it later passed to private investors in 2015.