What Affects The Price Of Samaroli Whisky

Selling Samaroli whisky can seem like a daunting prospect. After all, there are so many ways that you can sell whisky. But which way is the most effective? And, how can you get the best price for your whisky? Well, that is where we come in. 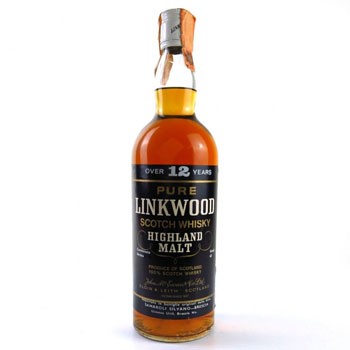 Samaroli’s early bottles of Linkwood were unusual because their labels read ‘over 12 years’ or ‘over 5 years’ rather than having the exact age on there; they also included the vintage. Some of the Linkwood’s were also sold in larger two-litre bottles, which was quite unusual. Samaroli famously bottled a 1957 Linkwood specifically to send to the well-known Italian whisky collector, Edoardo Giaccone, he went on to produce exclusive bottles for other renowned collectors and celebrities.

Samaroli famously released an 8-year-old bottling of Glen Garioch in 1979, keen to prove that age was not the most important influence on a whisky’s quality; it was very well received. The Samaroli Springbank is another highly commended release; many say it was the best Springbank ever bottled. The label design on the Springbank is simple yet effective, with a large yellow background and black font, detailing Samaroli’s own tasting notes. 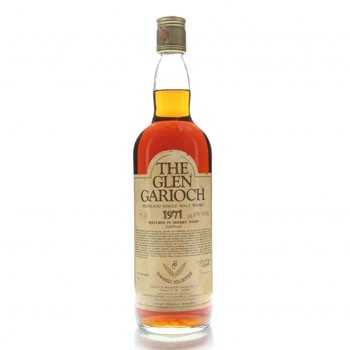 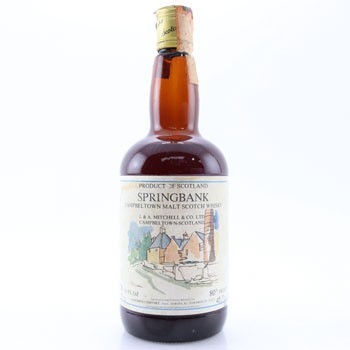 This bottle first became available in 1979 and marks the start of Samaroli’s career as an independent bottler. This was their first bottle, even though it was the traditional Cadenhead dumpy bottle with a new label. Samaroli created a series of watercolour images to adorn these bottles, which made them highly sought after. Designs included images of horses pulling carts filled with casks and scenes from famous buildings and distilleries.

This series was the first that was entirely unique to the Samaroli brand. To create the collection, he selected very rare single malts such as Coleburn, Millburn and Northport, and designed beautifully unique labels for them. The labels showed the ages of the whisky and each had a different type of flower design on the left side. All had a gold screw top and the same label on the back with details of the distilleries and Samaroli’s signature. 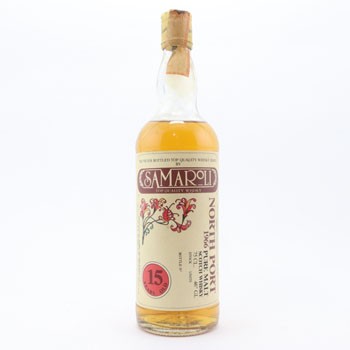 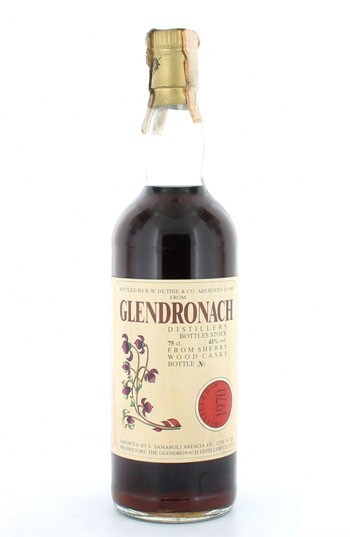 Following on from the success of TNBTQWS Samaroli continued to use the floral design along with the age of the bottles on a red dot on the front. The series was released in 1990 and has a variety of proof strengths ranging from natural strength to 43% and 46%. However, this collection altered the back label slightly, each one had individual notes and information about the whisky, but still had Samaroli’s signature visible.

For the creation of this series, Samaroli took inspiration from Shakespeare’s Macbeth in which the title character is given the title ‘Thane of Cawdor’; interestingly Cawdor Castle itself was not built until the 16th Century, where the play was set during the 11th century.

A December 1919 edition of Glen Cawdor was bottled by Samaroli, of which only four were created. The bottles were certified by R.W. Duthie but proved too expensive and so only two were sold and the others returned to R.W. Duthie, meaning that there are only two of these bottles on the market, making it the rarest Samaroli bottle in circulation. 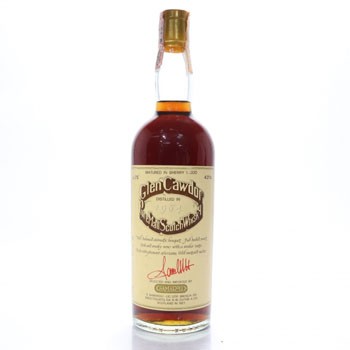 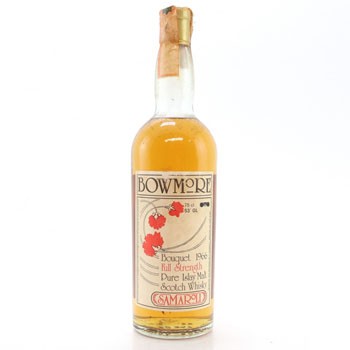 These bottles have a stopper cork and a large white label adorned with floral designs in black, white and red they are released from Bowmore and Ord distilleries, with only 720 bottles of each being circulated. Unfortunately, a lot of these bottles are not full, due to issues with the stopper corks, many of the bottles leaked during transportation. Both were released in 1984.

Discover The Price Of Your Samaroli Whisky With Mark Littler Ltd

The Six Factors That Affect The Price Of Samaroli Whisky

There are six factors that will affect the price of your bottle of Samaroli. These are the age of the whisky, the bottling date, the vintage, whether it is a single cask edition, the level of the whisky and the condition of the label and box.

How We Can Help Sell Your Samaroli Whisky

What is the price of your Samaroli whisky?

The History Of Samaroli

Samaroli is a name that is synonymous with rarity for many whisky enthusiasts. Established by Silvano S Samaroli, they were the first fully dedicated independent bottlers to promote whisky at cask strength. It is one of the few remaining companies to still market the benefits of aging in the bottle, with the famous slogan ‘Further matures in its bottle’.

The company began as an importer of blended scotch and single malts starting with Linkwood and then moving onto Glen Garioch. It then started releasing its own bottlings in 1979, with a dumpy Cadenhead and then a series entitled ‘Flowers’ in 1981. Over the course of the 1980s, Samaroli sought out individuals from Cadenhead directly; this was when cask strength bottlings came into play. The first examples of these were the 1971 Glen Garioch 59.6%ABV and the 1969 Glen Brant 59%ABV. While some were the vattings of several casks, other, smaller batches originated from singles.

By the end of the decade, the company had shifted to bottling most at cask strength and then during the 1990s, Samaroli looked to a more diverse variety of sources. Change came in 2008 when Antonio Bieve took over the day-to-day running of the business; Samaroli still had an integral role until February 2017 when he died.

To this day, the company still releases bottlings that are both high in quality and unique in character and although there is more cohesion to its output, thy still use the same label shape and bottle design. Many Samaroli bottlings are industry legends; produced by collectors, they are much-sought-after, with lively bidding wars taking place whenever they are available in auctions. Even the labels, with their artistic and elegant designs have become a benchmark for many newer independent bottlers.

Samaroli designed his own logo and many of his own labels; he enjoyed painting them in water colour, as a self-confessed perfectionist he preferred to create his own pieces rather than work with marketing agencies.

A 15-year-old bottle of Samaroli 1967 Laphroaig signed by Samaroli himself recently sold for £61,000.