What Affects The Price Of Murray McDavid Whisky

Selling Murray McDavid whisky can seem like a daunting prospect. After all, there are so many ways that you can sell whisky. But which way is the most effective? And, how can you get the best price for your whisky? Well, that is where we come in.

At Mark Littler Ltd we can help you to sell your Murray McDavid whisky quickly, stress-free, and for the best price. We make selling whisky online easy with Mark Littler Ltd. 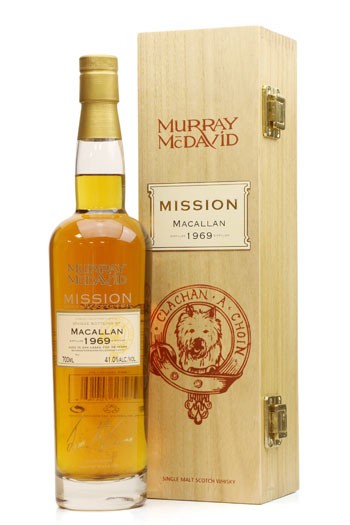 McDavid bottles are traditional tall style bottles with a gold cork stopper. Earlier bottles have a small white label with the logo in gold writing above and are presented in a wooden box. Later editions (1980 onwards) have a larger label and are presented in either an orange box, a green metallic or a gold metal tin with a label and the logo embossed into the casing.

The Six Factors That Affect The Price Of Murray McDavid Whisky

There are six factors that will affect the price of your bottle of Murray McDavid. These are the age of the whisky, the bottling date, the vintage, whether it is a single cask edition, the level of the whisky and the condition of the label and box.

How We Can Help Sell Your Murray McDavid Whisky

What is the price of your Murray McDavid whisky?

The History Of Murray McDavid

Murry McDavid is an independent Scotch whisky bottler specialising in blended malts, single grains and single malts. Its home is the Coleburn Distillery, located deep within the prestigious Speyside region. The bottler was founded by Gordon Wright, Simon Coughlin and Mark Reynier in 1996. Wright had previously worked as the director for Springbank Distillery.

The Coleburn distillery practices the fine art of maturation by using high-quality oak casks to age their whisky. They bottle a wide range of interesting and exciting whisky, known as Crafted Blend, The Vatting, Select Grain, Mystery Malt, Benchmark and Mission Gold. Part of the charm of their bottled offerings is that they represent different Scottish regions showcasing drams that are full of character and unique from one another.

As well as being an independent bottler, the company also celebrates everything that’s great about Scotch with whisky lovers and their friends hosting special gatherings and tastings in some of the most beautiful locations in and around the UK, as well as overseas. In addition, they play host to special whisky trips and tastings on their very own 60ft authentic wooden boat, the Murray McDavid that resides in Glasgow city centre on the River Clyde.

In 2000, Murray McDavid purchased the Bruichladdich distillery that was dormant at the time and brought it back into whisky production. Furthermore, in 2012 Remy Cointreau UK Ltd bought both Murray McDavid and Bruichladdich Distillery Company Limited, who subsequently sold it to Aceo Limited in 2013. Director of Aceo, Edward Odim, expressed that they planned to continue the Murray McDavid legacy and stay true to the principles of bottling meticulously selected single malts, without adding colours or chill-filtering.

In continuation of their quest to support Scotland’s beloved drink, they also share a long-standing partnership with the Speyside Festival.