The Macallan Handwritten Label bottles are some of the most sought-after Macallan bottles in the world. The series consists of five expressions with five different vintage statements: a 1938, 1940, 1950, 1957, and a 1973. The 1973 is particularly rare, having been bottled exclusively for the 10th anniversary of the Opimian Society, an exclusive wine club in Canada.

The whiskies in the selection were bottled by Gordon & Macphail at a time when Macallan was exclusively leasing out their bottlings to them. Hence, this series is one of the first examples of Macallan official bottlings.

The bottles are very rare in nature, with only a handful appearing at auction since 2013. As such, the prices achieved at auction for these bottles (especially the 1938 and 1940 expressions) regularly surpass £5,000, sometimes fetching as much as £12,000.

How Have The Macallan Handwritten Labels Performed At Auction? 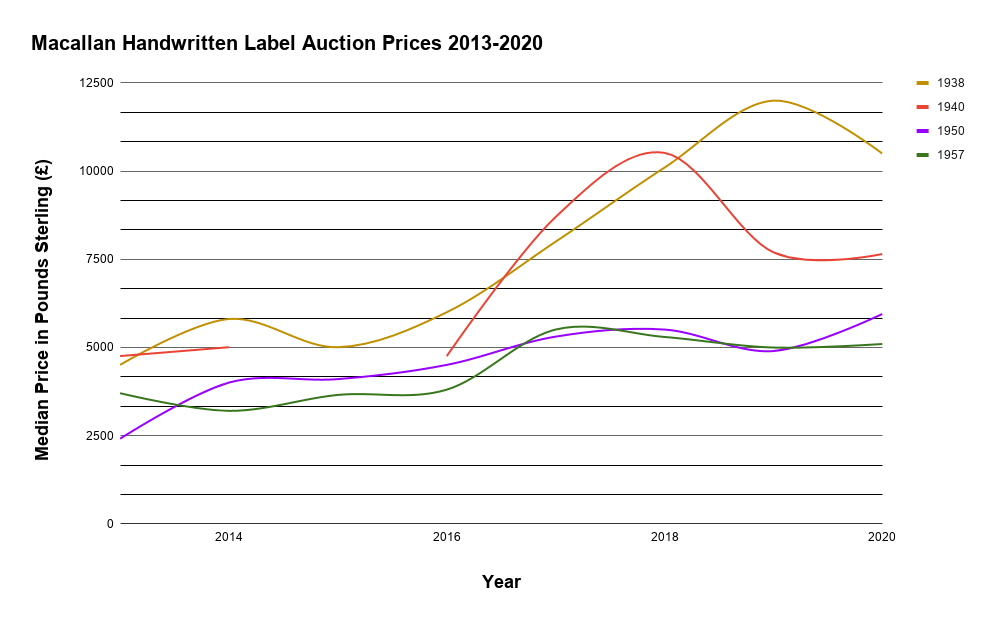 The above graph shows the median prices of each handwritten label bottling for each year at auction.* The key at the side tells you which line corresponds to which bottle.

*During my research, I could not find any record of the 1973 vintage being sold at a reputable auction house. This is because the 1973 is so incredibly rare. It is safe to say that if the 1973 Handwritten Label did appear at auction it would sell for a price far higher than any of its counterparts.

As you can see, the prices of the Handwritten Labels have risen since they first appeared at auction in 2013, with the 1938 and 1940 vintages commanding higher prices than the 1950 and 1957s. However, the prices for all vintages have risen over time, with the bottles becoming increasingly rare and therefore becoming more sought-after.

I could not find any record of the original price of these bottles, but based on similar bottles we can estimate that these bottles originally retailed at £20-£30.

As always, there are noticeable fluctuations in the value of the bottles. However, these fluctuations are often down to a series of lower-quality bottles that had been kept in bad condition appearing at auction, and not due to a drop in the perceived value of the Handwritten Labels. But, what exactly affects the price of these whiskies at auction?

What Affects The Price of Macallan Handwritten Labels At Auction? 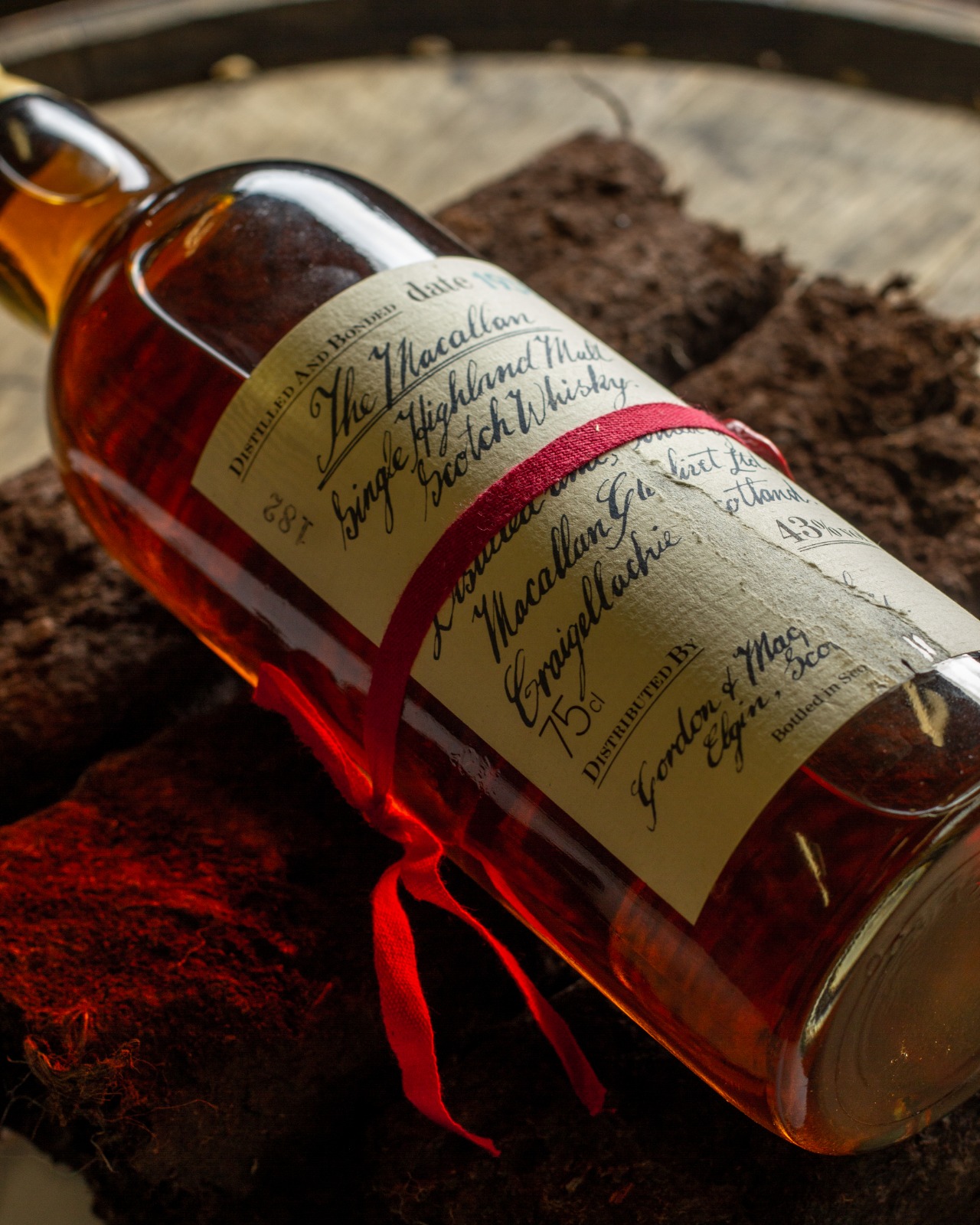 The price that a bottle can fetch at auction can vary depending on many factors. One such factor is whether or not the malt comes with an accompanying box. The absence of a box can knock hundreds of pounds off of the price of a Handwritten Label bottle.

Another factor that can affect the prices that bottles can achieve at auction is the condition of the label. If the label is torn, crumpled, peeling away, or sun or smoke damaged then this can affect what collectors will pay and the bottle will not achieve as high a price as it could if it was in better condition.

Many factors can affect the prices that whiskies can fetch at auction. You should keep these in mind when interpreting the graph.

Should You Invest In The Macallan Handwritten Labels

The Macallan Handwritten Labels are very rare and highly-sought-after bottlings. They have made thousands of pounds for those that bought them in the 1980s when they were first released. So, is it too late to invest in them now? In our opinion, no.

Macallan is the first distillery that comes to mind when somebody mentions luxury whisky, and that pedigree has been built up over years of clever marketing and brand repositioning. The older bottles of Macallan – distilled and bottled before Macallan was recognised as the giant of the whisky world. This means that many old Macallan bottles – such as the Handwritten Labels – were drunk for pleasure before Macallan was recognised as a luxury brand. As such, the age and scarcity of bottles such as the Handwritten Labels mean that the bottles have an inherent value that is not present in new Macallan bottles. 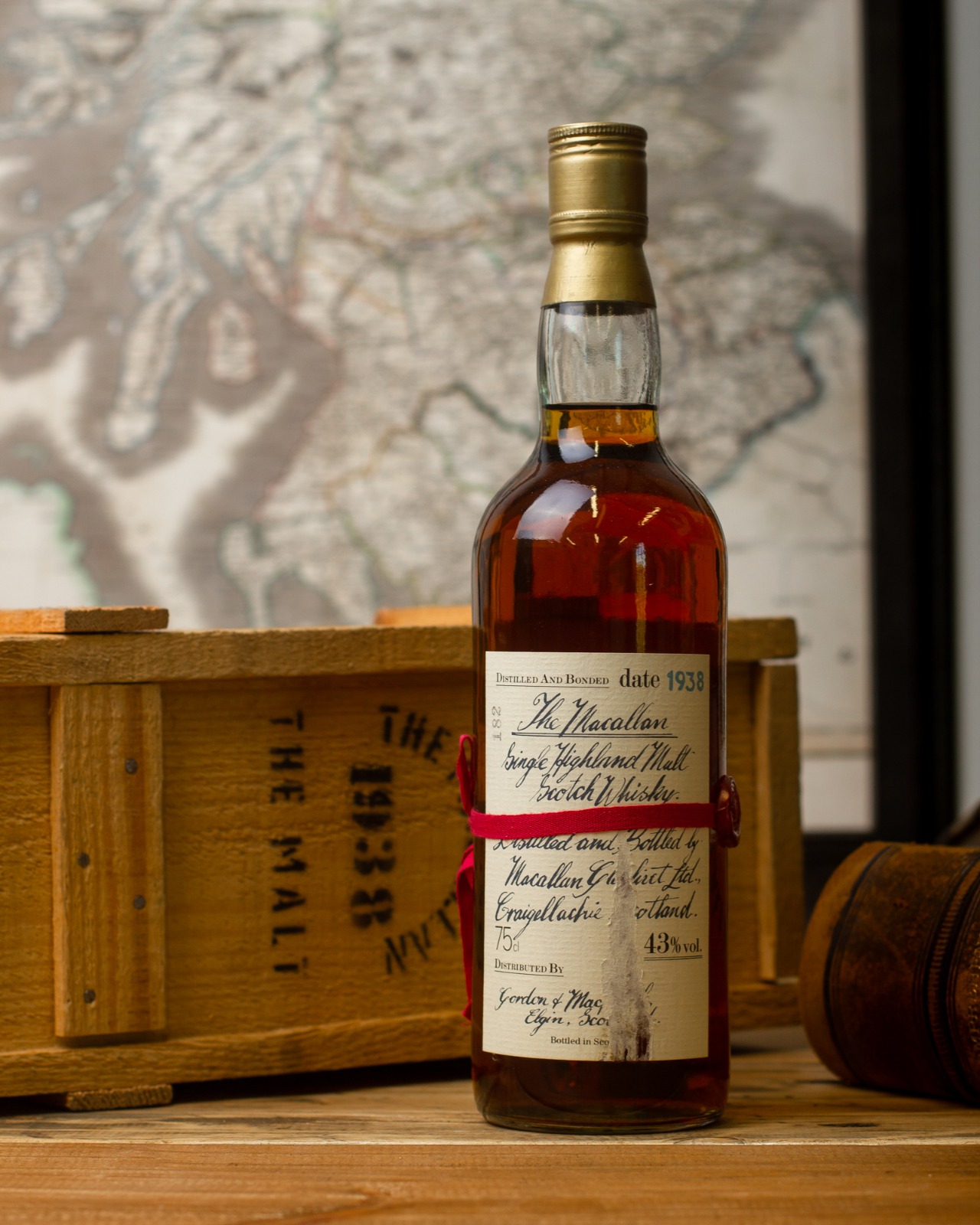 If you would like to read an explanation as to why new Macallan bottles do not see a steady rise in value (rather, they see a sharp rise and a quick fall) then why not read our Investor’s Guide on the Macallan Anniversary Malts, where we compare them to the newer Macallan Genesis.

So, if you were looking to invest in the Macallan Handwritten Labels you will have to be prepared to tie up a decent amount of money in the investment and wait a long time to see a return. As stated above, Macallan Handwritten Labels do not see large spikes in prices, rather the prices rise slowly over a longer period of time. Therefore, if you put your money into a bottle you may have to wait 20 years + to see a decent return on your investment.

Despite the longer-term nature of investments into Handwritten Labels, they are a much safer investment than the short-term but volatile younger Macallan bottles. Older bottles are bought by collectors as status symbols, and the status that these bottles bring will only increase with their rarity. Therefore, if you invest in a Macallan Handwritten Label you can rest easy in the knowledge that you are in possession of a rare and prestigious bottle of Macallan whisky.

SOLD: 112-Piece Cow Creamer Collection What Are Naming Rights and Do You Need Them?: Bottling or Selling Your Cask of Whisky