It would be nearly impossible to write everything that there is to know about the Fine & Rare Collection in one blog. But, as part of Macallan week, we plan to release a number of blogs about this iconic collection of Macallan.

The Macallan Fine & Rare Collection exemplifies the luxury of Macallan in a way that no other series has quite managed to do. Containing over 50 vintages that date all the way back to 1926, the series holds the record for the largest collection of vintage-statement single malts from a single distillery.

The Fine & Rare Collection began in 2002, conceived with the aim of showcasing the sheer range of vintage-statement whiskies that Macallan has produced, and allowing the drinker or owner to take a journey through history. 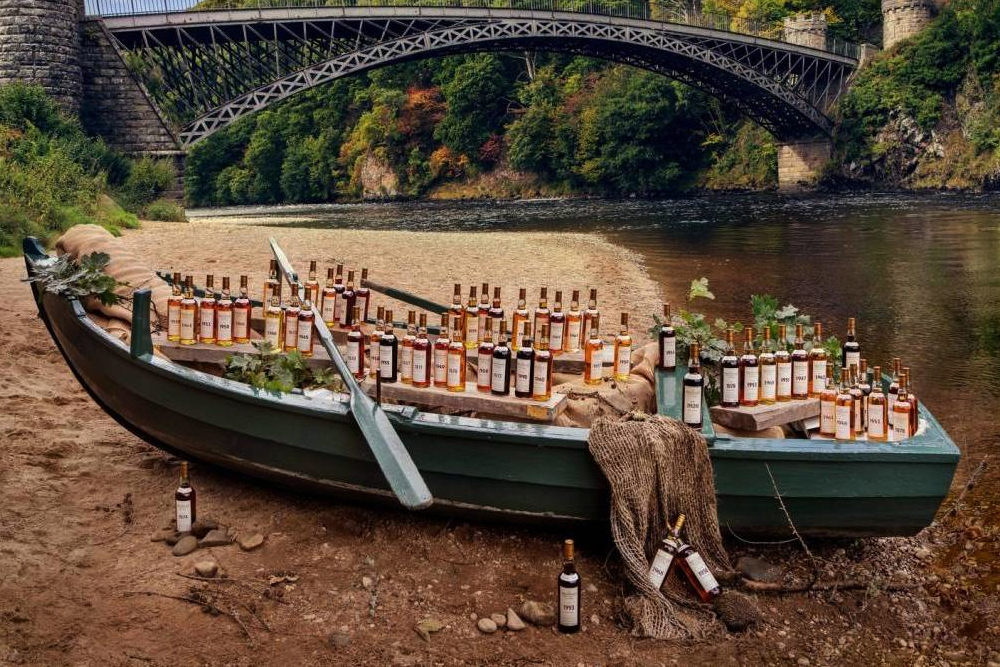 “The concept was simply to introduce a new “vintage” each year, continuing to build a vintage range unsurpassed in the industry. That is still the objective and The Macallan now has a “library” of old and rare vintage releases to match some of the finest wines” said David Cox, former Macallan Director, in an interview with Whisky Auctioneer.

The Power of Macallan’s Branding

Many of the bottlings are from a single cask, whilst 15 others  were bought back by Macallan from private collections and rebottled for the series.

One of the most infamous examples of this is the case of the Macallan-Glenlivet 1937 37 Year Old. In 1974, Macallan released a 37 year old whisky that was distilled in 1937 under the name Macallan-Glenlivet (licensing laws were much more lax pre-1980s, meaning that Macallan could tack Glenlivet’s name onto the end of theirs in order to elevate the brand’s status). 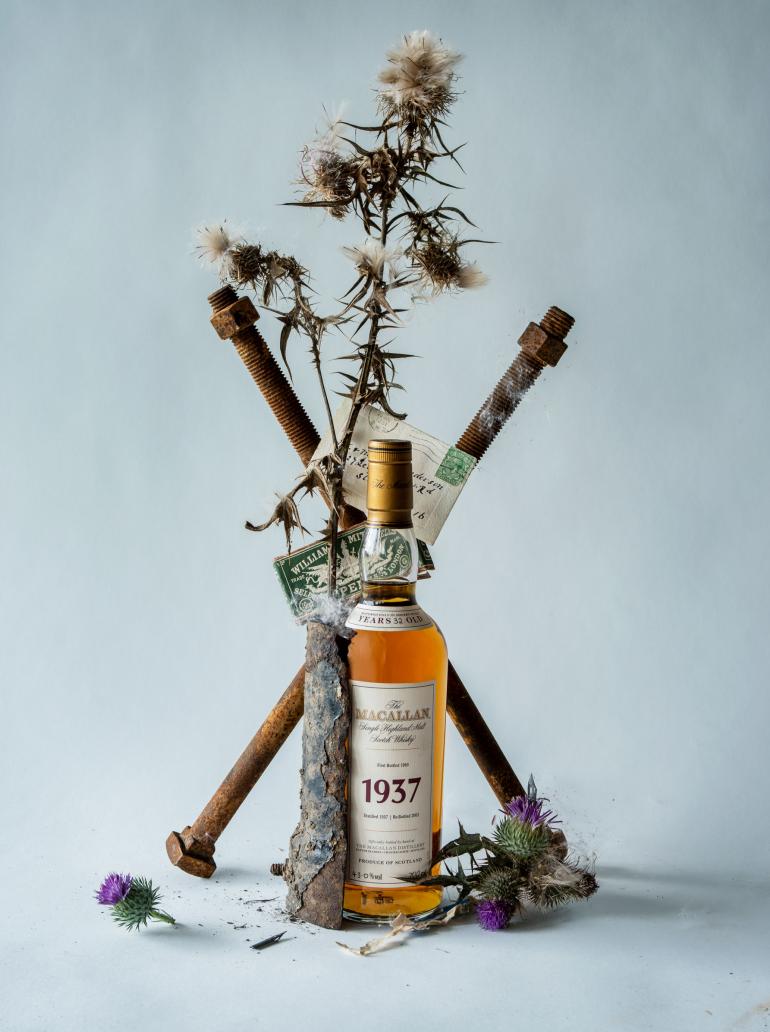 This is a fantastic example of how luxury and status have been epitomised by the Fine & Rare series. That a bottle of whisky can be rebottled and suddenly be worth £30,000 more is a testament to the power of Macallan’s branding.

A bottle from the Fine & Rare Collection also holds the record for the most expensive bottle of whisky ever sold. In 2019 a bottle of Macallan Fine & Rare 1926 60 Year Old sold at auction for an astonishing £1.5million ($1.9million).

When asked what makes the 1926 vintage so popular with collectors, David Cox said “[v]ery simply the long-standing reputation of The Macallan for producing quite outstanding whisky, the age of the whisky (sixty years old in this case), and its rarity. Such attributes underpin the value of all great collectibles, be they Old Masters, classic cars, complicated watches or fine wines!”

We are excited to announce that we have three bottles from the Fine & Rare Collection available to buy. We are currently selling a Macallan Fine & Rare 1977, a 1978, and a 1979 on behalf of a private client. Worldwide shipping is available. If you would like to own three pieces of Macallan luxury then the bottles are available for £65,000. If you are interested, please email [email protected] for more details.

The vintages in the Macallan Fine & Rare Collection are as follows: