The Macallan Diamond Jubilee is one of the most collectible bottles of Macallan due to its celebratory nature. The whisky was distilled and bottled in celebration of Elizabeth II’s accession to the throne in February 1952. But which date in February?

Queen Elizabeth II did in fact ascend the throne on February 6th, 1952 as The Accession Council met on that morning to confirm the accession of the new Queen following the death of her father in the early hours of that morning. However, the accession was not truly made official until February 8th, 1952, when Elizabeth herself made a personal declaration in the presence of her husband, The Duke of Edinburgh, and Commonwealth representatives. 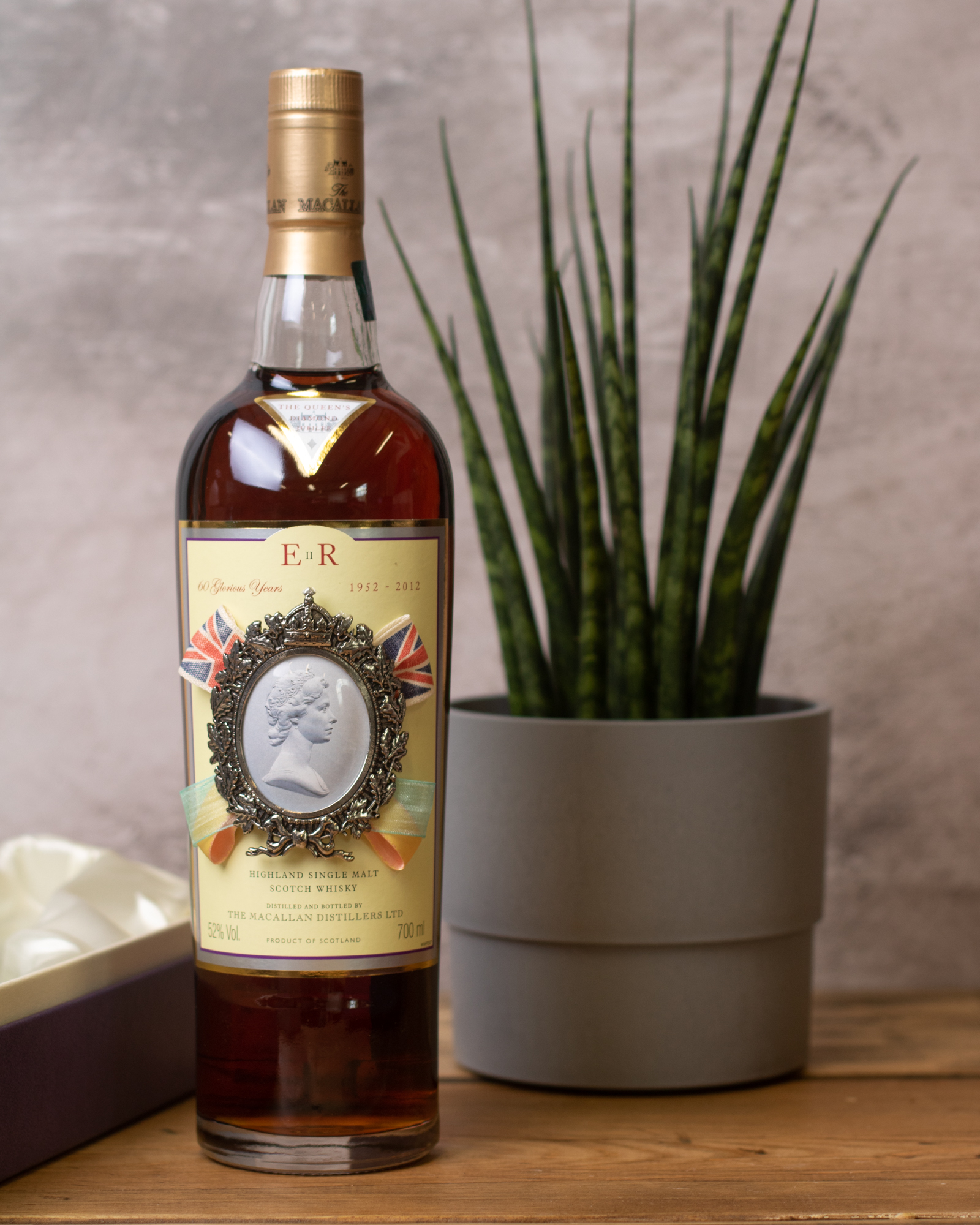 So, it seems that when creating the limited-edition whisky, Macallan chose to celebrate the day on which the Queen personally accepted her new position as monarch and Head of the Commonwealth.

This celebratory bottling is now one of the most sought-after Macallan bottles and achieves very high prices at auction. If you would like to read an analysis of the Diamond Jubilee’s performance at auction then why not visit our blog on the subject. Should you invest in The Macallan Diamond Jubilee? Let’s find out.

The Macallan Diamond Jubilee: An Investor’s Guide & Bottle Analysis How To Buy A Cask of Whisky: A Step-by-Step Guide

Every Distillery You Can Buy An Entire Cask Of Whisky From

Every Whisky NFT Project On The Market [January 2022]