‘The Macallan’ is a name that is synonymous with luxury whisky, and perhaps even more so since The Macallan 1926 60 Year Old Fine & Rare broke the record for the most expensive bottle of whisky ever sold when the hammer came down at a Sotheby’s auction in 2019 at £1.5 million.

The contents of the 40 bottles of Macallan 1926 60 Year Old that were produced were yielded from cask #263, a cask that is infamous within the walls of Macallan and throughout the whisky industry.

According to David Cox, cask #263 was a Spanish oak sherry hogshead that was filled with whisky in 1926. The cask was discovered by Hugh Mitcalfe, former Marketing Director at Macallan, after a sort through of Macallan’s cask inventory in the first half of the 1980s. The cask had been maturing for almost 6 decades at this point, and the whisky makers at Macallan were surprised that the ABV had held above 40% (42.6%), said Cox in an interview with Whisky Auctioneer. The whisky was nosed by the nosing panel and then bottled in 1986.

Incarnations of The Macallan 1926 60 Year Old

Only 40 bottles were ever produced from the cask in 1986. Of these 40 bottles, 12 had labels designed by Pop Artist Sir Peter Blake, and 12 by Valerio Adami (although one of these is said to have smashed during an earthquake in Japan in 2011 – ouch!). 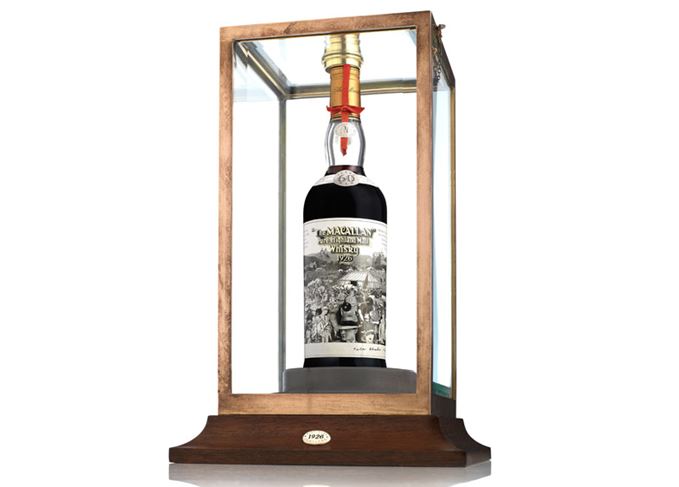 Two were released without a label. One of these was hand painted by Irish painter, Michael Dillon. The other unlabelled bottle remains unaccounted for. The remaining 14 bottles were released as part of the Macallan Fine & Rare series, which began in 2002.

What Makes The Bottles So Special?

Macallan has also been long renowned for producing quality whisky, even prior to their drastic rebrand earlier in the 21st century which saw them morph into a super luxury brand, and so any bottle of this calibre coming from a distillery such as Macallan is bound to turn heads.

The Macallan 1926 60 Year Old Fine & Rare has long been breaking records. In fact, the record that was broken in 2019 (when a bottle sold for £1.5 million) was previously held by a different bottle of the 1926 vintage, a hand painted version painted by Michael Dillon which sold in November 2018 for £1.2 million. Having been last seen at London’s Fortnum & Mason in 1999, this was the first bottle of whisky to ever sell for over £1 million. 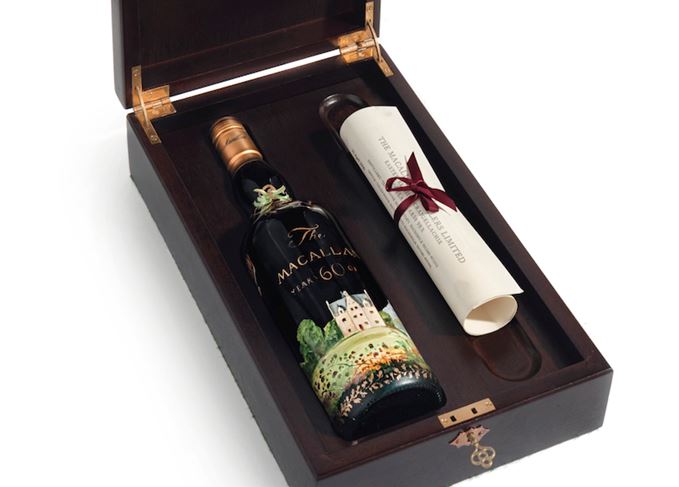 Incredibly, the 1926’s first record breaking sale occurred in 1987 when Premiere Wine Merchants, a company based in New York, bought a bottle of the 1926 with the Fine & Rare label for £5,000. At the time, this was the most expensive spirit ever sold.

The Macallan 1926’s record-breaking streak continued throughout the years, with prices beginning to skyrocket in 2018, when numerous bottles were sold for upwards of £800,000.

There have been two more sales of the Macallan 1926 since then. Both sales were via Whisky Auctioneer and the bottles sold were a Valerio Adami and a Fine & Rare for £825,000 and £1 million respectively. 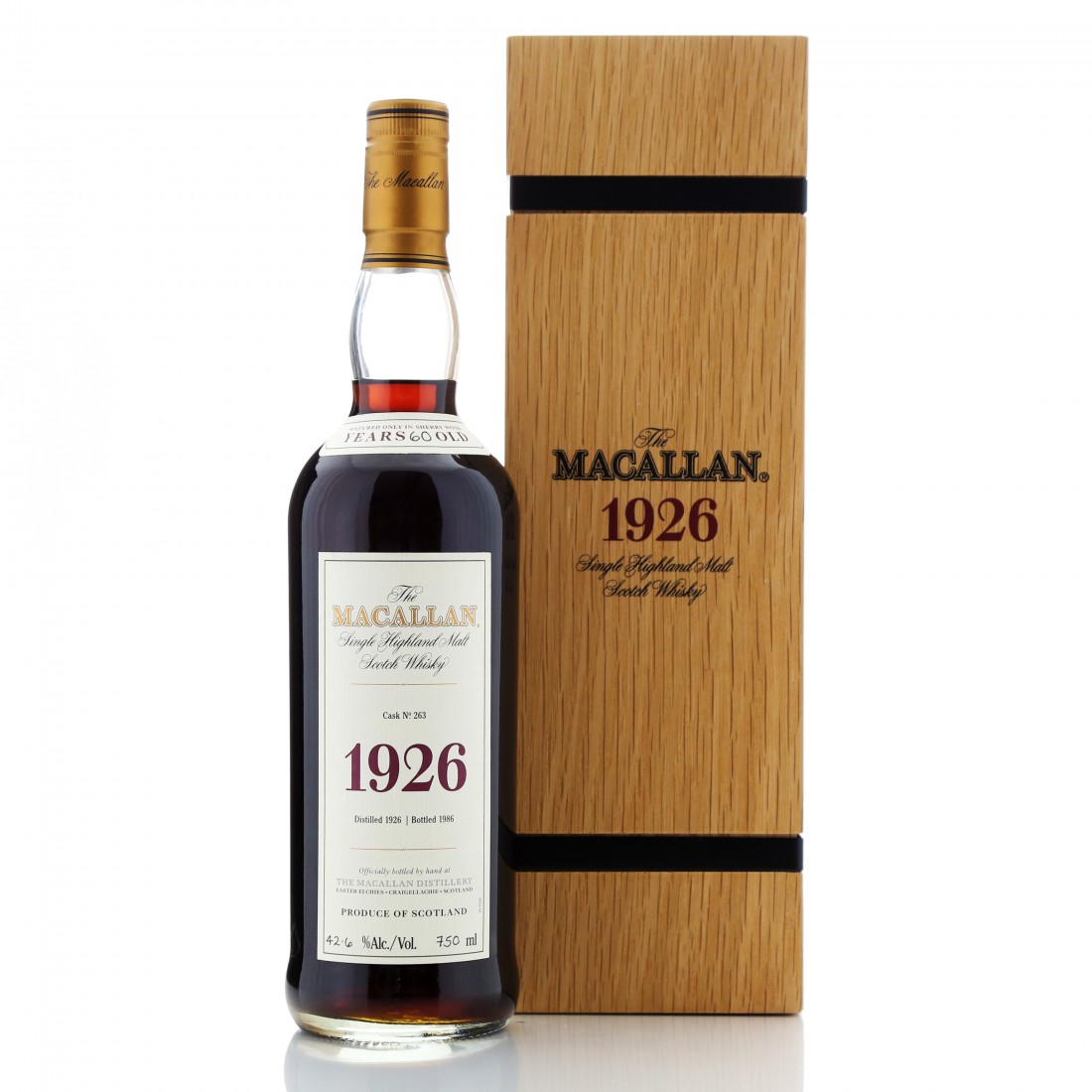 The Macallan 1926 60 Year Old is a whisky unlike any other. Even though Macallan have since released older whiskies – a 71 year old, a 74 year old, and a 78 year old as part of the Red Collection – the whiskies in question do not have vintage statements. It is also unknown how many of these whiskies there are.

The mystique behind the 1926 vintage, including the whereabouts of the missing bottle, only add to the scarcity and value of the remaining bottles. The Macallan 1926 60 Year Old has captured the imagination and affection of whisky connoisseurs everywhere. It is rather unlikely that we will see a bottle of this calibre again any time soon.

The Macallan Red Collection: A Guide YouTube: The Brora Triptych – The ULTIMATE New £30,000 Release From The Brora Distillery