The ULTIMATE Guide to the Louis XIII Black Pearl Cognac

Here at Mark Littler Ltd we have recently brokered the sale of a bottle of Remy Martin Louis XIII 100-Year-Old Black Pearl Anniversary Edition Cognac. This was an exciting feature in our shop and a fantastic sale as only 775 were produced, making them extremely rare bottles of cognac.

Remy Martin released the Louis XIII Black Pearl anniversary edition in 2014 to celebrate the 140th anniversary of Louis XIII cognac. This edition is often revered for its striking appearance and high quality cognac which makes it highly sought after and collectible. 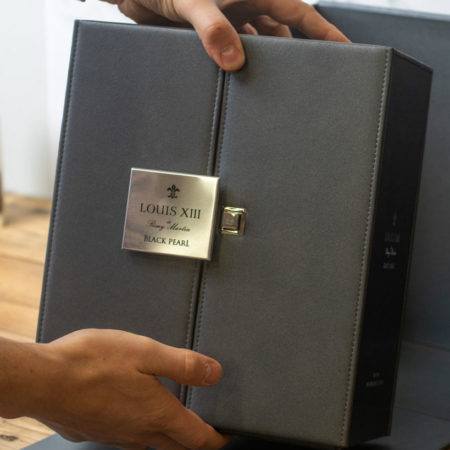 This bottle of Cognac was produced to celebrate the 140th anniversary of the Louis XIII branch of Remy Martin being established.

The eau-de-vie in this blend has been matured for anywhere between 40 and 100 years. In cognac production, each year additional eaux-de-vie is added and the blend is matured for another year. It is estimated that over 1200 different eaux-de-vie are included in this cognac.

Louis XIII’s partnership with local winegrowers ensures that the 100 Year Old Black Pearl Anniversary edition is of the highest quality, hand selecting the eaux-de-vie that are included in the blend.

The cognac has been matured in casks known as tiercons which are taller and more slender than traditional oak casks. They are made from exclusively Limousin oak from trees that are between 150 and 180 years old. Before being shaped into a tiercon, the oak is left out in the elements for up to 3 years to remove the unwanted tannins. Andre Giraud established Remy Martin’s own cooperage whilst cellar master from 1960 to 1990. Under Pierrette Trichet, Louis XIII began to make their own tiercons to help preserve them for the future and these are all made by hand. 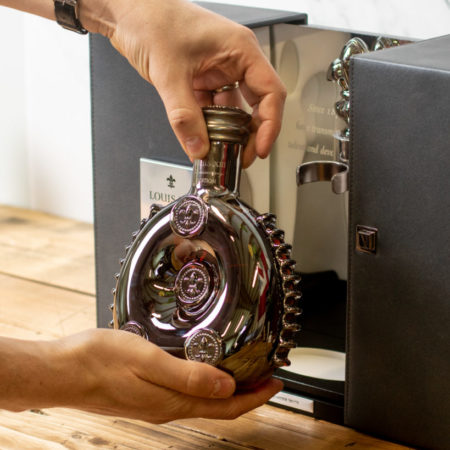 The anniversary edition of the Louis XIII Black Pearl 100 Year Old Cognac had a specially designed statement piece decanter. The decanter was made by Baccarat, a french crystal maker established in 1764, who were also granted permission to operate by King Louis XV.

All of the Louis XIII cognac decanters are designed to look like a 16th century metal flask that was uncovered from the 1569 Battle of Jarnac. This metal flask was later owned by Paul Emile Remy Martin and inspired him when he created Louis XIII in 1874.

The anniversary decanter is special as the Baccarat crystal is treated with a unique plating technique which requires repeatedly layering thin coatings of titanium, carbon, and gold one upon the other. This is a highly skilled technique and results in a striking pearlescent effect.

The Louis XIII Black Pearl Anniversary Edition yielded only 775 bottles which makes the appearance of the bottle at auction or retail incredibly rare. 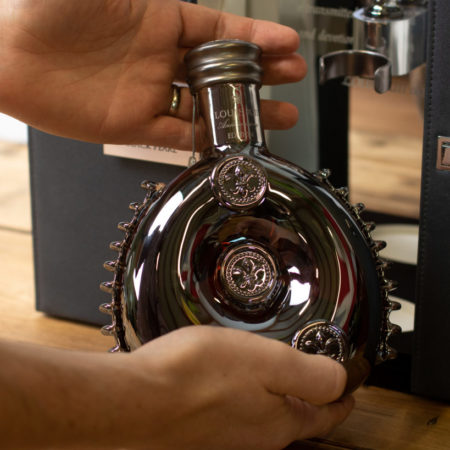 Remy Martin and its History

Remy Martin has a long history of creating high quality cognac since its establishment in 1724, and is one of the most well known names in the industry. 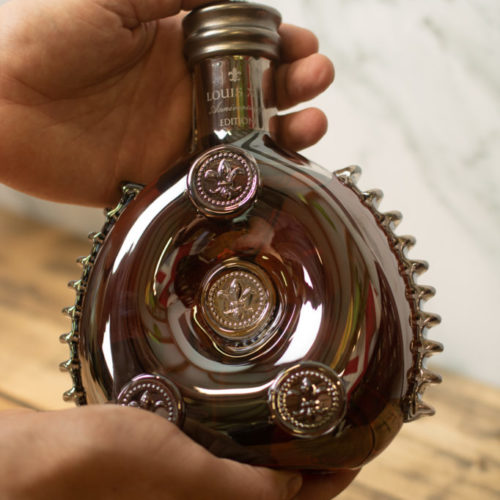 Cognac is an alcoholic spirit made from first pressing and fermenting white grapes to make a low alcohol, acidic white wine. This wine is then twice distilled to produce ‘eau-de-vie’ – a high alcohol spirit at approximately 70% ABV. The spirit is then matured and blended in oak casks to produce cognac. There are certain requirements that must be met before the spirit is legally cognac:

Depending on how long the cognac is matured for, it is classified into a quality grade:

Cognac is also classified by geographical divisions within Cognac, France known as ‘crus’. There are 6 cru and they are ranked from highest quality at number 1: 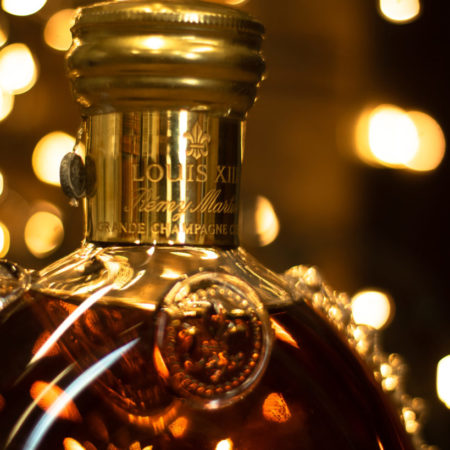 Do You Want to Own Remy Martin Louis XIII?

Whisky Exports To EU Fall By 63.1% Post-Brexit The History of Macallan: Everything You Need to Know