Miyagikyo Distillery is the second distillery owned by Nikka. The site for the distillery was discovered by Masataka Taketsuru, founder of Nikka and father of Japanese whisky, whilst he was searching for a new site on which to build a distillery. The site at Miyagikyo turned out to be the perfect spot, and so Taketsuru began construction on this beautiful distillery. 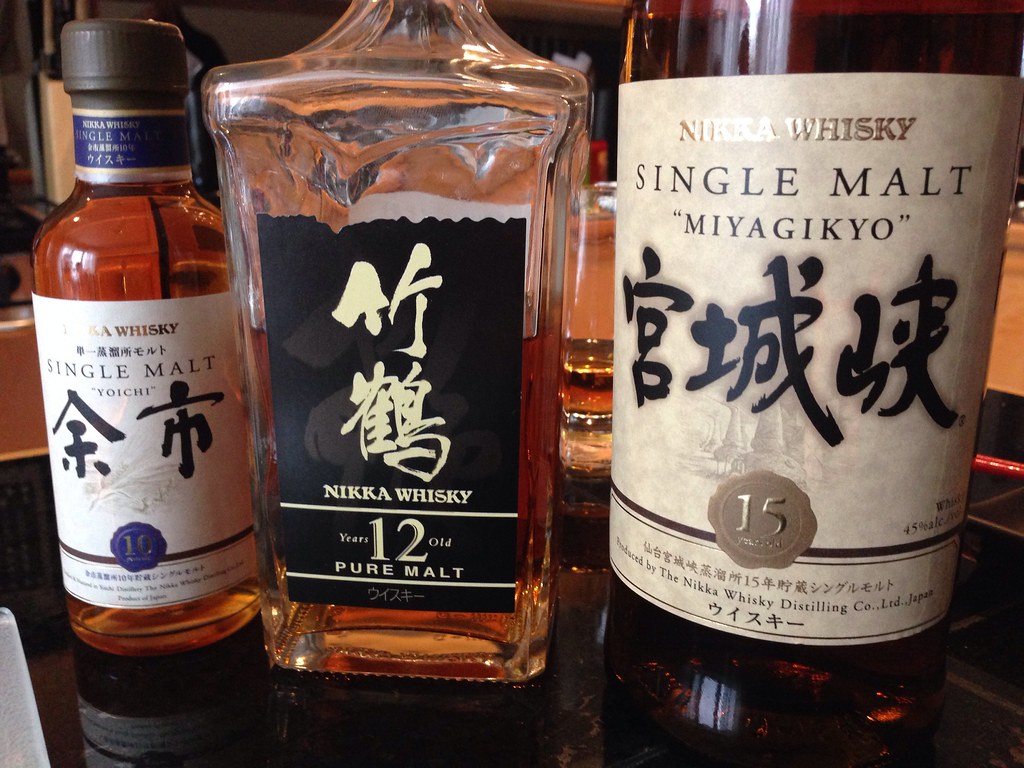 Yoichi distillery, the other distillery owned by Nikka, was built in 1934, 35 years before the founding of Miyagikyo. Yoichi distillery was a success, and so Taketsuru found himself searching for a way to make another whisky, distinct from Yoichi. Taketsuru found himself making his way across Japan searching for the perfect site on which to build Nikka’s second distillery. Miyagikyo is located in a misty glen at the convergence of two rivers, one of them named Nikkawa. Taketsuru decided instantly that this would be the site of his new distillery.

Also contributing to the difference between the two distillery styles are the processes and equipment used at each distillery. For example, the stills used at Miyagikyo are considerably larger than those used at Yoichi. These stills are heated at a lower temperature to those at Yoichi. As a result, the whisky distils slower, allowing for a softer, floral flavour compared to the strong and heady Yoichi single malts.

Another distinguishing characteristic of Miyagikyo is that the distillery produces grain whisky as well as single malt whisky. Taketsuru became familiar with the Coffey still – used in making grain whisky – during his time in Scotland, when he apprenticed for multiple distilleries in preparation for his return to Japan and his dream of creating Japanese whisky.  He was impressed by the amount of flavour that was retained from the grain. The two sets of Coffey stills owned by Nikka are both in operation at Miyagikyo.

Miyagikyo whisky is widely renowned and is definitely a successful venture by Taketsuru. This beautiful distillery is currently open for tours, but has updated guidelines to help stop the spread of Covid-19. Visit Nikka’s website for more information.

As age statements and aged stocks alike disappear from the shelves, Japanese whisky prices are on the rise. Bottles of Miyagikyo are no exception. Below is a list of some of the most expensive bottles sold at auction.

The top three most expensive Miyagikyo bottles sold on Dram Data are:

The top three most expensive Miyagikyo bottles sold on Whisky Auctioneer are:

The top three most expensive Miyagikyo bottles sold on Whisky Stats are:

Miyagikyo 50th Anniversary Bottlings: An Ode To Half a Century of Distilling

In 2019, Nikka released two special single malts to celebrate the anniversary of the founding of Miyagikyo distillery. The distillery was built in 1969 after Masataka Taketsuru found much success with his first distillery (Yoichi) and decided to build another. The building of Miyagikyo marked a venture into different kinds of whisky-making for Nikka. These limited edition bottlings celebrated the success of this venture, and the legacy left behind by Taketsuru.

The two bottles consist of one from Miyagikyo and one from Yoichi. Both bottles contain many different whiskies distilled at each distillery in the decades since Miyagikyo’s founding. In Miyagikyo’s case, the bottles contain some of the first spirit ever distilled there. Only 70 bottles of each were produced, making them extremely rare and collectible.

The bottles are a stunning matte black, with white lettering, and each come in a wooden box depicting the surroundings of each distillery. The bottles retailed for around £2,500 when they were released. However, thanks to dwindling stocks and enthusiastic collectors, the prices of these bottles on the secondary market have risen somewhat.

These bottles are out of stock on almost all whisky retail websites. So, if you fancy getting your hands on a bottle you may have to try your luck at auction! Good luck!

The Importance of Tradition: Yoichi Distillery Fuji Gotemba Distillery: ‘At The Feet of Fuji’