The History Of Edrington 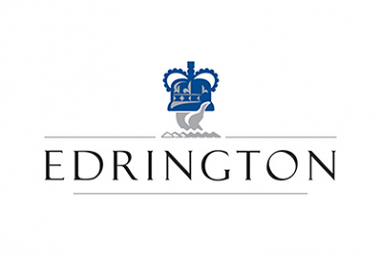 Edrington is one of the largest spirit companies in the world, boasting brands such as The Macallan, The Famous Grouse, and Highland Park in their portfolio. Edrington’s story is a fascinating one, including many take-overs. The history of the company dates back to 1855. 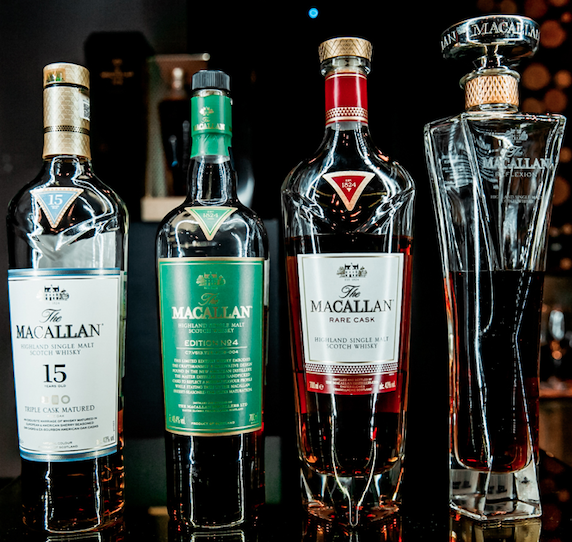 William Alexander Robertson started his own business as a wine and whisky merchant in 1855. A businessman named John Baxter came on board for 12 years, and when he left the business continued to be known as Robertson & Baxter. William Robertson became a major player on the Scotch whisky stage. In 1887, Robertson was involved in the formation of Highland Distillers and became the company’s first chairman. The two companies worked closely together due to shared offices in Glasgow, with Robertson & Baxter focusing heavily on blending and distribution of the whisky. Highland Distilleries focused mainly on production.

Before long other distilleries started to join the company. The first was Bunnahabhain and Glenrothes. Then, in the 1890s Glenglassaugh and Tamdhu joined the ranks. In 1937 Highland Park officially joined Robertson & Baxter.

Upon his death in 1897, William Robertson left the company to his two eldest sons, James and Alexander. James’ death in 1944 saw the company pass to his three daughters, Ethel, Elspeth, and Agnes. They were majority owners and Ethel became chair of the company.

As demand for Scotch whisky rose, so did the interest of buyers from overseas. Sam Bronfman of Seagram’s decided to try and purchase the distillery but was met with a definitive “no” from Ethel and her sisters. Eight years on, Bronfman decided to make another offer, this time through a middle-man named Stanley P. Morrison. DCL offered to match whatever Bronfman would pay for Robertson & Baxter, and Bronfman retreated. As the three Robertson sisters had no heirs, they decided to take more measures to ensure the survival of the company.

The three sisters formed two new companies: The Edrington Group, and The Robertson Trust in 1961. The Edrington Group held the sisters’ interests. The trust owned all of the voting shares in the company, and would each year use its dividends from Edrington to provide support for charitable organisations all over Scotland.

The companies were doing well for themselves but did not yet own any big-name brands. That was until 1970 when Highland Distilleries bought The Famous Grouse from Matthew Gloag & Sons. In 1997 they bought a 75% share in one of the most famous whisky distilleries to exist: The Macallan (Suntory bought the other 25% in the 1980s).

Until this point, despite their close bonds, Highland Distilleries and Edrington were two separate companies. However, in 1999, William Grant & Sons teamed up with Edrington to buy Highland Distilleries for £601 million. The 1887 Company was formed to operate the assets with Edrington holding 70% and William Grant & Sons holding 30%. Suntory still owns 25% of The Macallan but has no interest in other brands.

The Glenrothes, Glenglassaugh, and Tamdhu were sold in the 2000s, Glenrothes in return for Cutty Sark. However, The Glenrothes has since been bought back, and Cutty Sark was sold in 2018. Edrington also shares a 50/50 ownership with North British Distillery with Diageo. A mutual company was formed in 1993, named Lothian Distillers.

Edrington has remained interested mostly in Scotch whisky, with very few ventures into other beverages. However, they do own Brugal – a Dominican rum producer, and Snow Leopard vodka – of which Edrington owns a majority stake. Each year 15% of the profits from the vodka go to the Snow Leopard Trust, helping to save the endangered species.

In 2014, Edrington moved their Asia headquarters to Singapore from Hong Kong, and created a new company division: Edrington Asia Pacific. Edrington also has a company named Edrington Global Travel Retail based in Singapore.

In 2018 Edrington formed a partnership with American brand Wyoming Whiskey. Also in 2018, Edrington unveiled the brand new Macallan Visitor’s centre. It is one of the largest and most luxurious visitor’s centres in the Scotch whisky world.

It was recently announced that Suntory Holdings will purchase 10% of Edrington for an undisclosed amount, further deepening the relationship between the two companies.

Due to the ongoing Covid-19 crisis, the visitor’s centres at Edrington’s distilleries are currently closed. You can go to their website to read more.

Do You Really Own Your Cask Of Whisky? The History Of Nikka