What Affects The Price Of Hart Brothers Whisky

Selling Hart Brothers whisky can seem like a daunting prospect. After all, there are so many ways that you can sell whisky. But which way is the most effective? And, how can you get the best price for your whisky? Well, that is where we come in.

At Mark Littler Ltd we can help you to sell your Hart Brothers whisky quickly, stress-free, and for the best price. We make selling whisky online easy with Mark Littler Ltd. 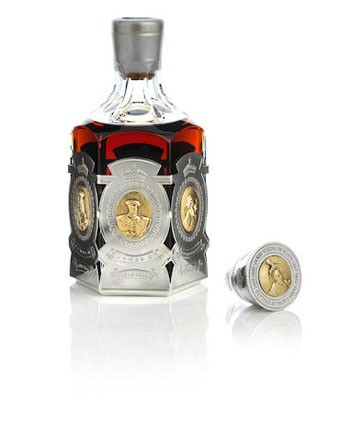 A bottle of Hart Brothers 31-year-old Bowmore, recently sold for £7,000; it was a particularly rare release (100/850) bottled in an ornate decanter produced by Atlantis, a leading manufacturer of crystal. The design has six sides, all of which are embellished with a gilt medallion, each showing a different member of the House of Stuart.

In 2018 they released a 40-year-old Dalmore, matured in an American oak bourbon barrel, Matusalem Oloroso Sherry butts and first-fill bourbon barrels. Said to be a classically full-bodied Dalmore whisky, at 42% ABV, it has been bottled in an elegant 70cl decanter.

Less rare, but equally popular bottles traditionally have a gold cork stopper and the Hart Brothers’ name and logo on the front; the name is in bold writing in a gold font, and the label is green and gold. They are usually presented in a case, either a wooden box with an upward sliding door, or a tube with a metal and card cover; sealed with a tartan ribbon and a golden wax seal. These casings can vary in colour but are commonly dark green or a mahogany red.

The Six Factors That Affect The Price Of Hart Brothers Whisky

There are six factors that will affect the price of your bottle of Hart Brothers. These are the age of the whisky, the bottling date, the vintage, whether it is a single cask edition, the level of the whisky and the condition of the label and box.

How We Can Help Sell Your Berry Brothers Whisky

What is the price of your Hart Brothers whisky?

The History Of Hart Brothers

The beginnings of the Hart Brothers in the licence trade can be traced back as far as the late 1800s. During that time, the Hart family held publican and victualler licenses permitting them to sell alcohol and food in public houses in the small town of Paisley, just outside of Glasgow. It was in 1964, though, that Donald and Iain Hart established the company as both scotch whisky blenders and wholesalers of wine and spirits.

Alistair Hart, the other hart sibling, started working for the company as its chief blender in 1975. It was his job to find single malt whisky casks that were rare even for online whisky sites or specialist whisky stores. The Hart Brothers process is very particular, and their rare malts are matured further and only chosen for bottling after extensive consideration and thorough tasting. Like many of the best independent bottlers in business, they do not add anything when bottling malts, other than pure Scottish water.

They offer a house brand, with both Iain and Donald’s name on it, called Harts and along with that they have blends, Old Glasgow and Scots Lion. However, there are several of the company’s brands, such as Speakers, Old Keg, Old Fox and Old Curlers, they do not bottle now. This is thought to be due to the influence of other independent bottlers that no longer use casks for blends, instead using them for their collection of single malts under the title Finest Collection.

Notably with the Finest Collection, they release a new selection every six months and they often use malts produced by distilleries that are no longer in business.