Glenrothes distillery is reaching an important stepping stone in its history as it gears up to release its first-ever 40-year-old single malt Scotch whisky. 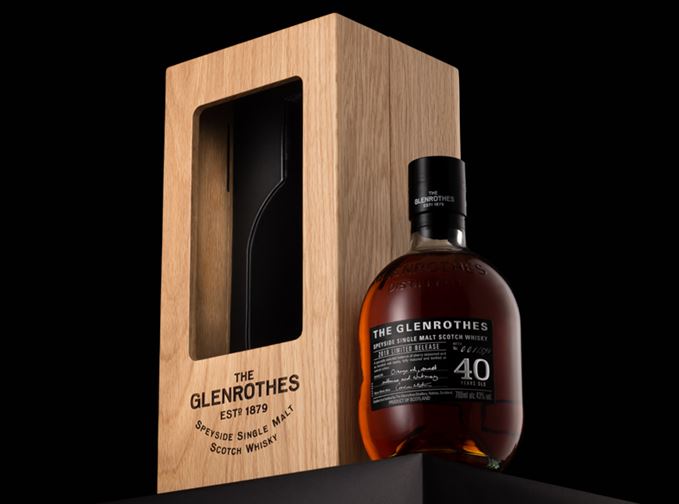 The Glenrothes 40-year-old whisky is one-of-a-kind due to the fact that it was distilled in December 1978, in copper stills that we decommissioned soon after. As such, the whisky is truly unique and can never be repeated.

After being distilled in 1978, the whisky was matured in a combination of ex-Bourbon and ex-Sherry casks, taking on flavours from each cask during this time. The whisky has now been bottled at 43% ABV.

The 594 bottles up for sale constitute the last remaining spirit from the original stills at Glenrothes, something that Master Distiller Gordon Motion says “feels like we’re celebrating the end of an era”.

Those who would like a chance to own one of these rare bottles will need £2,900 to spare. The whisky is available exclusively from wine and spirits merchant, Berry Bros. and Rudd.

An online ballot will be held on Berry Bros.’ website, allowing drinkers to have a chance at winning twenty pairs of tickets to a tasting in London. This tasting will allow the lucky winners to sample the rare whisky alongside the reset of Glenrothes’ Soleo Collection, to which the 40-year-old has been added.

The rare 40-year-old is said to contain notes of “sultanas, cinnamon, and nutmeg”.

How To Sell Whisky Online: Updated January 2022 Whisky Cask Auctions: Everything You Need To Know Before You Commit To Bid

Every Distillery You Can Buy An Entire Cask Of Whisky From

Every Whisky NFT Project On The Market [January 2022]