Since the popularity and demand for bottles of The Dalmore has been on the rise, bottles of limited-edition aged stocks have fetched astonishing prices at auction. Some sales have even broken records.

Below is a list of notable and record breaking sales from the sought-after Dalmore Distillery.

The first inkling of Dalmore’s popularity came in 2002 when a bottle of 62-year-old sold at McTear’s auction for £25,877.50. At the time this bottle was the most expensive single bottle of whisky ever sold.

Then in 2010 Dalmore achieved the ultimate achievement of the time. They broke the six-figure mark for a single bottle, which sold for £100,000.

In 2013 the Paterson Collection was made available in Harrods, a one-off collection of 12 bottles that was available for £987,500. Apparently, at the time Harrods thought a million pounds was too vulgar. 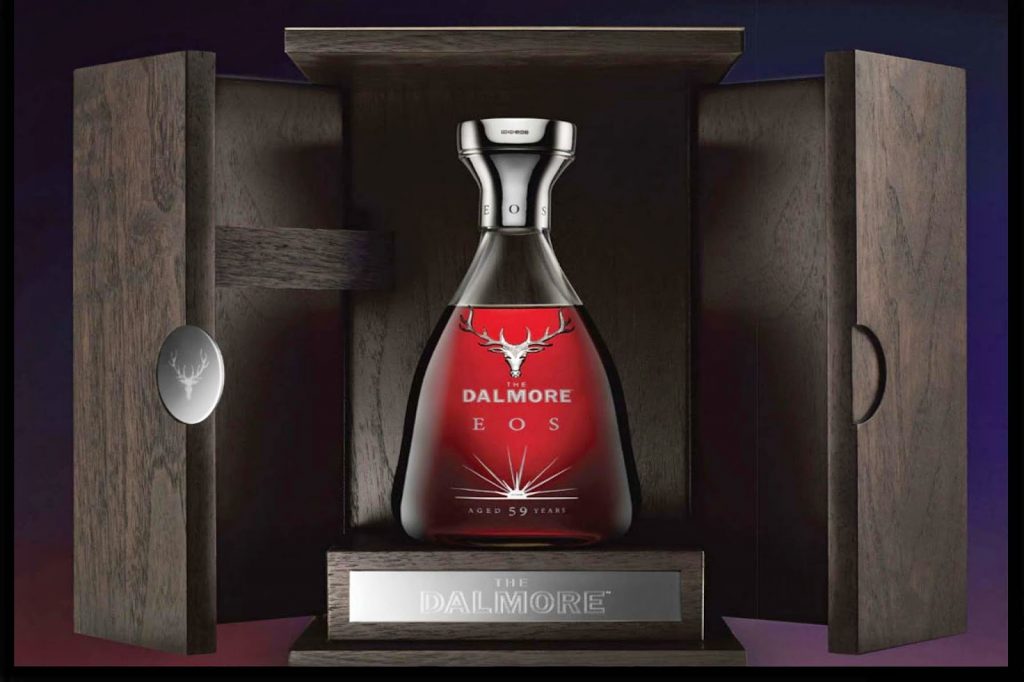 In 2017 the 12 bottle Paterson Collection of Dalmore single malts, created by Master Blender Richard Patterson, was finally sold for £1million. Some of the stock in the collection dates back to 1926. The collection was purchased by a Chinese buyer four years after it first went on sale.

In 2018, a bottle of The Dalmore 50-year-old sold for £28,000. One of only 60 bottles produced, the youngest spirit in the blend is thought to be from 1926. The wonderfully rare whisky was presented in a hardwood, handmade box.

Other record-breaking bottles include a bottle of Dalmore Eos that sold in Hong Kong for £83,640 in 2018. It was one of only twenty decanters that were produced in 2011. Therefore, it was extremely rare and highly sought-after; a perfect asset to any whisky connoisseur’s collection.

The history of Dalmore is a fascinating one, as it went from being almost unknown as a single malt in 2002 to breaking records for single bottle prices in 2010 and by 2015 it was the third most sought after distillery for investors. In 2019 it sits sixth in investors rankings. We discuss Dalmore’s rise through the markets in more detail in this article, and outline the key factors and the ways you can use that to guide your own whisky investment.