A complication is any addition to a watch that is not to do with telling the time. Calendars, moon phases, repeaters, alarms, chronographs (stopwatches) and so on, are all complications that were added to pocket watches from early in their development. Pocket watches with alarms can be found from 1685 and with date apertures from 1700 and before.

The Market for Complications in Pocket Watches

What to look for in your complicated pocket watch 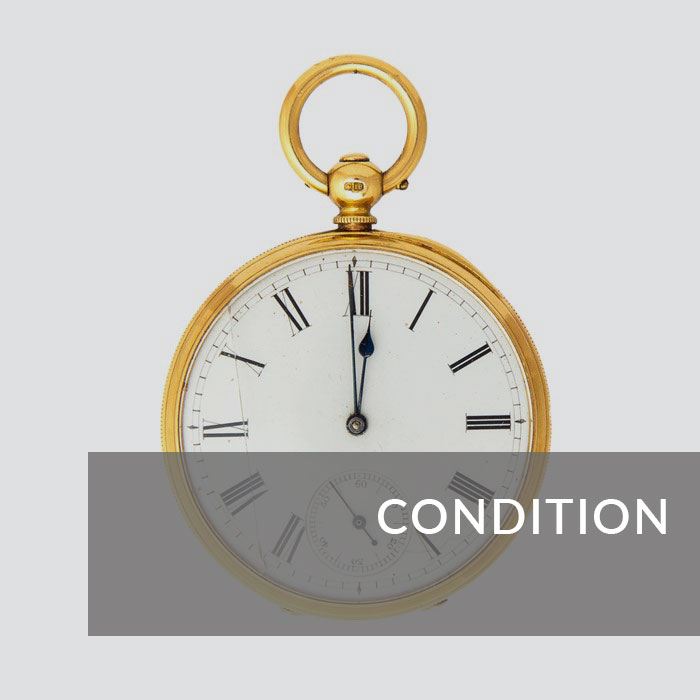 The condition and originality of a watch has the greatest bearing on its value. What could outwardly appear to be a rare 17th century verge pocket watch, may have had a large proportion of its movement replaced or cannibalised over the years (replacement dial etc). These changes might only be known to a watchmaker or collector so a guarantee of originality will positively impact the value if you are looking to sell.

The outward condition of the watch is easier to assess yourself. Cracks to the dial, worn cases or erased presentation engravings can negatively impact the value of a pocket watch. 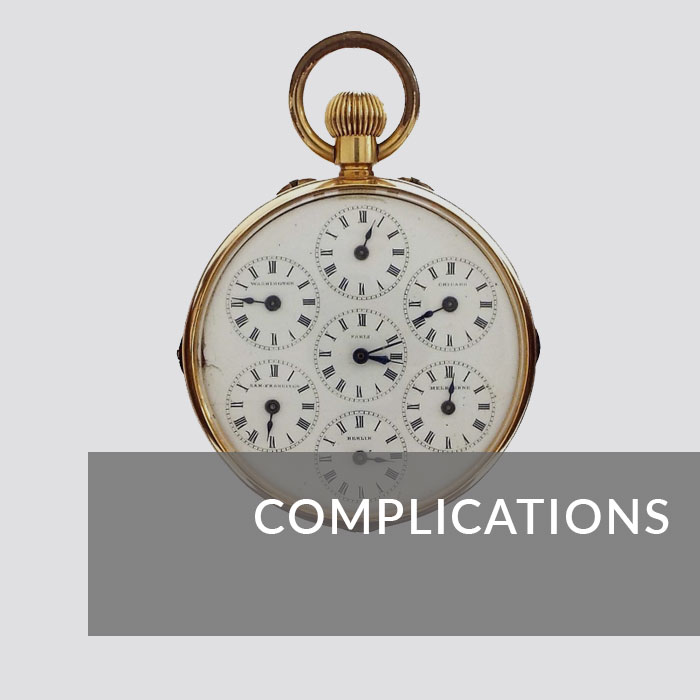 Very broadly speaking, the more complications the greater the value of the watch. Minute repeaters are some of the most sought-after complications as well as: tourbillon, split-seconds chronograph (or rattrapante), chronometers, perpetual calendar and phases of the moon, to name but a few. 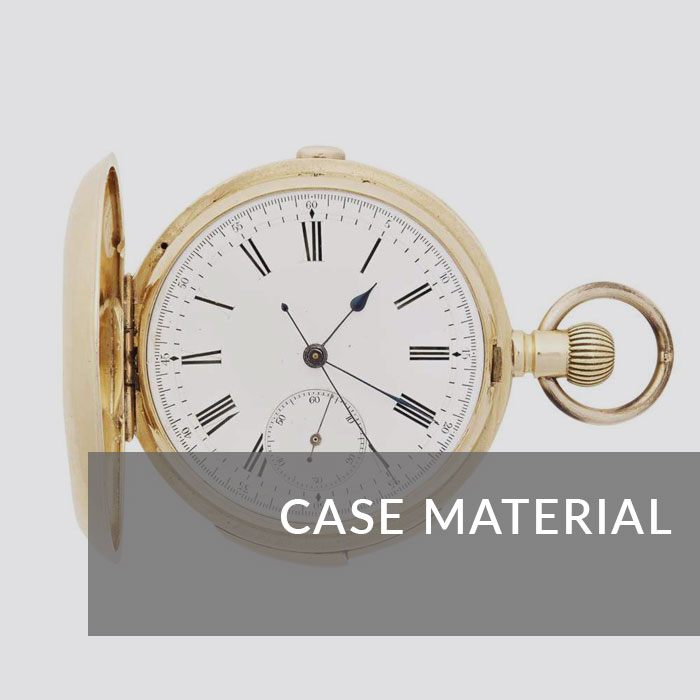 The most obvious example of this can be seen with gold cased watches: three seemingly identical watches with identical Waltham movements could be several thousand pounds different in value depending on the case material, i.e. gold plated vs. 9ct gold vs. 18ct gold. 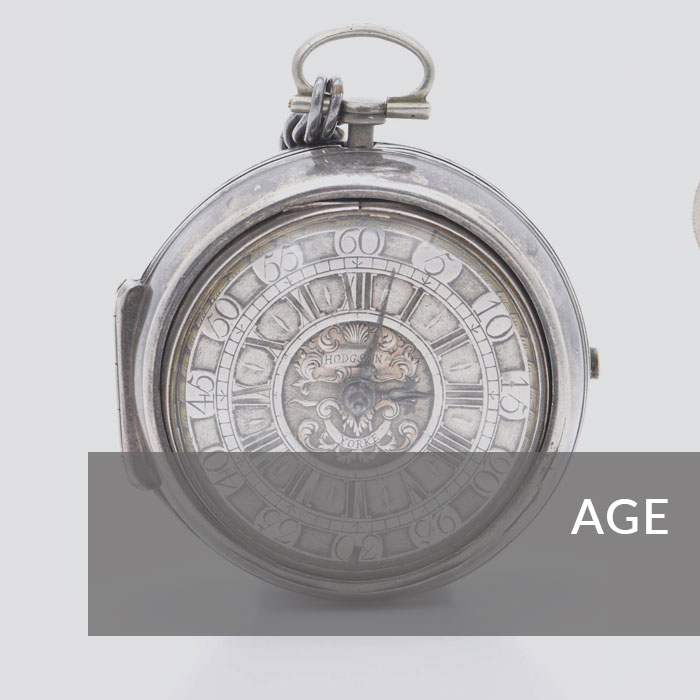 As such the age of a watch does not necessarily invoke a high value. For example, pair cased silver verge watches from the reign of George III can be sold for as little as £100 at auction (condition dependant) yet an Edwardian minute repeater can easily sell for £1,000+. 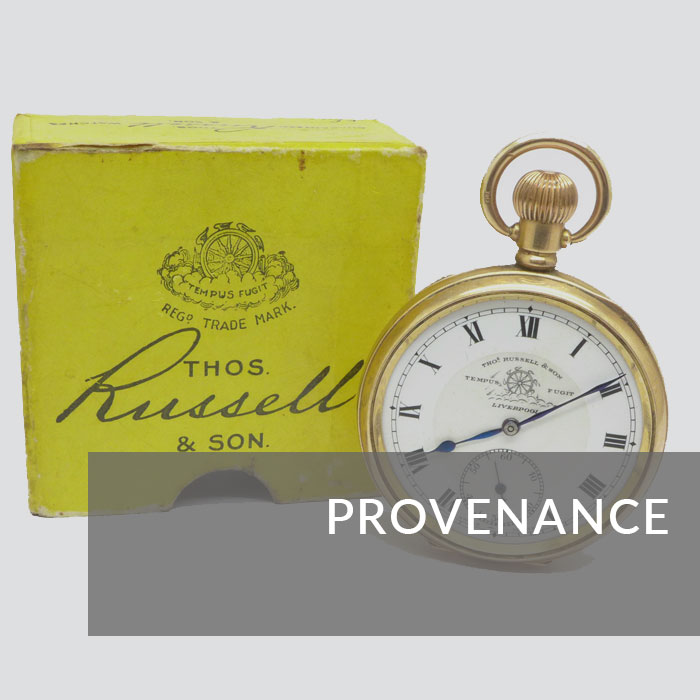 Provenance can add a significant amount of value to a watch and sometimes the provenance will be of more value than the watch itself.

A good example of this would be a watch that could be proven to have been on the Titanic; the story attached to the watch is what would be valuable rather than the pocket watch itself.

The original chronometer certificates, receipts, boxes and paperwork can also add significant value to a watch when they are still present. 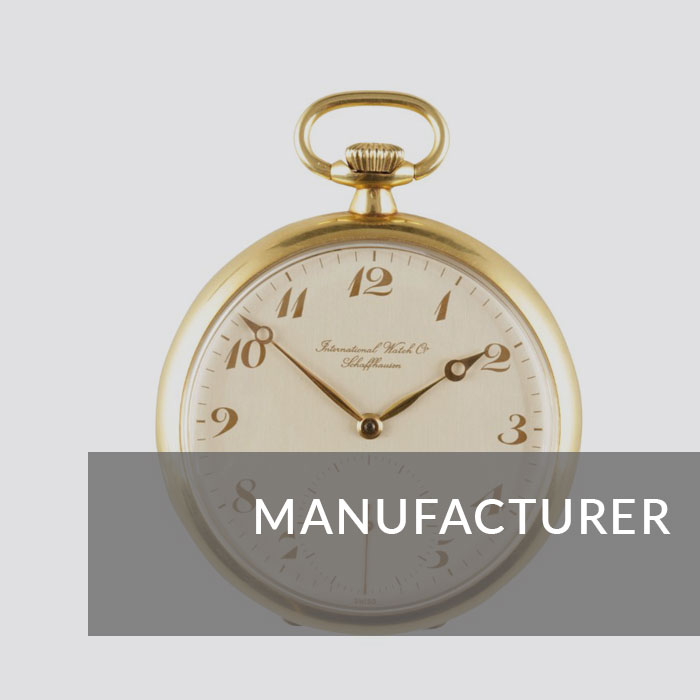 In alphabetical order here is a list of some manufacturers that command a significant premium:

In order to provide you with an accurate valuation please provide as much of the below information as you can. Valuations are free and offers are sourced with no obligation.

Send us details about your watch directly via email or use the form below.

Send us your watch. We have a fully insured courier service available.

If you are deciding on how to sell your pocket watch we can have a no obligation chat on the best options for you. We can either make a personal introduction to the best saleroom based on your location and item free of charge. Or we can look into collecting you some no obligation offers for a private sale, which could save you considerably in commission.

In a nutshell here are the main pros and cons of each option:

Mark Littler Ltd. are one of the only independent advisers in the antique industry. We offer trusted, independent advice to help you sell your pocket watch for the highest possible price.

This History of Complications in Pocket Watches

Complications are achieved with the addition of gears and notches that allow the hands to move at different rates compared to other functions. The requirement of additional functionality from a personal watch is not a new development; complications were added to watches almost as soon as they were developed. Alarms and repeaters can be found from 1685, and date apertures appeared prior to 1700.

Repeaters were a particularly useful example of an early complication as they allowed the time to be sounded at will. Which meant that the time could be told even in the dark. Quarter repeaters are the most common, but minute repeaters are popular with collectors.

A Supercomplication or Grand Complication is a term that was coined in the early twentieth century to describe a pocket watch that has multiple complications. There is no strict definition, but the common theory seems to be that it must have at least three complications; one from each of the timing, astronomical and striking complication groups.

The addition of more and more complications within a set space was one of the great competitions of the early twentieth century. The most important historic example was the Patek Philippe Supercomplication that was commissioned by Henry Graves. It was completed in 1933 and had 24 complications. It remained the most complicated pocket watch in the world for 50 years.

The Henry Graves supercomplication remains notable because it was made without the aid of computers. It was in all likelihood the pinnacle of pocket watches, which declined in popularity sharply between the 1920 and 40s in favour of wristwatches. The other notable aspect of the Henry Graves Supercomplication is that it currently holds the record for the most expensive watch ever sold at auction – it hammered at an astounding $24million in 2014

“Mark conducted a high value sale transaction for me acting as broker. A complex process, clearly explained at each step of the way. Great communication and willing to go the extra mile when it mattered. Entirely trustworthy and highly recommended.”

In order to provide you with an accurate valuation please provide as much of the below information as you can. Valuations are free and offers are sourced with no obligation.