What Affects The Price Of Berry Brothers Whisky

Selling Berry Brothers whisky can seem like a daunting prospect. After all, there are so many ways that you can sell whisky. But which way is the most effective? And, how can you get the best price for your whisky? Well, that is where we come in.

At Mark Littler Ltd we can help you to sell your Berry Brothers whisky quickly, stress-free, and for the best price. We make selling whisky online easy with Mark Littler Ltd. 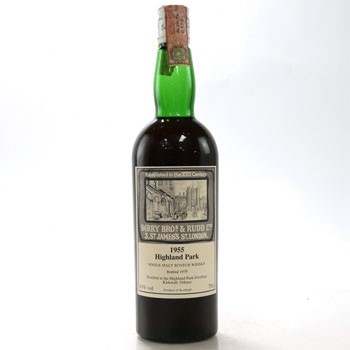 The Berry Bros & Rudd labels are famous for the black and white illustration of their St James’s Street headquarters, which was depicted on most of their bottles. Different designs include the Cutty Sark label, which is yellow with a small image of the famous ship. Their All Malt version was also slightly different in that they had an image of a coffee mill and a slogan included on the front, which read ‘At the sign of the coffee mill’. Both the All Malt and The Cutty Sark collection an image of the royal crest with a notice of royal appointment.

The Six Factors That Affect The Price Of Berry Brothers Whisky

There are six factors that will affect the price of your bottle of Berry Brothers. These are the age of the whisky, the bottling date, the vintage, whether it is a single cask edition, the level of the whisky and the condition of the label and box.

How We Can Help Sell Your Berry Brothers Whisky

What is the price of your Berry Brothers whisky?

The History Of Berry Brothers

Berry Brothers are one of the oldest spirits and wine merchants, not just in the UK, but around the world. The company was founded at St James’s Street in 1698 by Widow Bourne; the company notably received its first Royal Warrant in 1903 and has been an official supplier of whisky for the royal family since King George III’s rule and had other famous customers such as Aga Khan, William Pitt the Younger and Lord Byron. The Berry Bros name is still renowned and active in the industry. When it first started, the company was named Berry Bros & Co, but it was later changed to Berry Bros & Rudd in 1943.

The company famously hosted Napoleon III’s clandestine meetings for the duration of his exile in the 1840s. The cellars are now named after him and are available for hire and host events such as tastings and luncheons. These cellars are also famous for supplying smugglers during the prohibition era and shipping wines on the Titanic.

In 1923, the company developed its own whisky blend entitled Cutty Sark and were pioneers behind the concept of vintages, using Glenrothes single malts as a template. Following the success of the Cutty Sark blend, Berry Bros produced other house whiskies like St James’s, All Malt and Berry’s Best. The firm currently possesses two Royal Warrants and is still owned and managed by members of the Rudd and Berry families. Although the company had the exclusive rights to Glenrothes single malt during the 2010s, it sold back the rights to Edrington in 2017; its place of origin.