What Affects The Price Of Adelphi Whisky

Selling Adelphi whisky can seem like a daunting prospect. After all, there are so many ways that you can sell whisky. But which way is the most effective? And, how can you get the best price for your whisky? Well, that is where we come in. 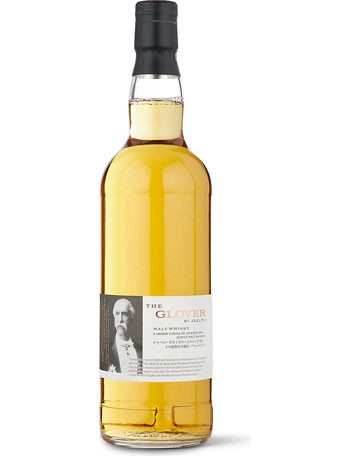 Adelphi bottles are traditionally tall standard-sized bottles with a cork stopper, the label is small and simple, usually found at the base of the bottom, rather than in the middle. They are generally presented in a black or wooden box, depending on the age (1950s editions are usually in wooden boxes). In 1992 they produced some bottles for sale in Harvey Nichols, which are presented in tartan boxes.

In 2015 they also produced a hybrid whisky which consisted of both Japanese and Scotch malt, called The Glover, some older releases in this collection are shorter, decanter-style bottles. This collection is named after Scotsman Thomas Glover who emigrated to Japan and set up the Japan Brewery Company; this would later become known as Mitsubishi.

The Six Factors That Affect The Price Of Adelphi Whisky

There are six factors that will affect the price of your bottle of Adelphi. These are the age of the whisky, the bottling date, the vintage, whether it is a single cask edition, the level of the whisky and the condition of the label and box.

How We Can Help Sell Your Adelphi Whisky

What is the price of your Adelphi whisky?

The History of Adelphi

Owned by Keithlconer and Donald Houston and based at Charlestown in Fife, Loch Katrine Adelphi Distillery was built 1826 by Charles and David Gray on the banks of the River Clyde just south of Victoria Bridge on the northern edge of the Gorbals.

Adelphi Distillery Limited specialises particularly in bottlings of sing malts free of additional colours or chill-filtering. They bottle around 50 each year and they also release the Fascadale range in small batches from undisclosed island-based distilleries with various ages.

Its origins can be traced to 1825 and the first incarnation of a distillery bearing the name in the Gorbals, Glasgow. At the very beginning, it was established by David and Charles Gray who then gave it a name change after pipework was built to carry water to Glasgow from Loch Katrine. Thus, it became Loch Katrine Adelphi. Although it started using Loch Katrine water in the 1860s, the new name was put in place later in the next decade.

Ownership of Adelphi changed to Messrs A Walker and Co in 1880, they were owners of two existing distilleries in Liverpool and Limerick. Walker and Co injected new capital and expanded works to include the making of grain spirit as well as malt. In 1886 Loch Katrine Adelphi became one of the largest distilleries in Scotland with an annual output of over 500,000 gallons.

After the Grays, during the 1890s, A Walker and Co took over the ownership. At the start of the 20th century, though, distilling stopped when it was bought by the Distillers Company. It was only in 1993 that Jamie Walker, Archibald Walker’s grandson, reopened it for business as an independent bottler that he then sold in 2004 to the Donald Houston and Keith Falconer.

In 1906 The Great Gorbals Disaster occurred in which one of the washback vats at Adelphi’s distillery collapsed, flooding the neighbouring street with hot whisky; one man drowned, and many others were injured. The following year the distillery ceased production of whisky to focus on maturation. In 1971 the Loch Katrine Adelphi was demolished.

In 1993 Jamie Walker, the great-grandson of former owner Archibald Walker, revived the Adelphi name as an independent bottler and release several rare malt whiskies. Ten years later, Walker was approached by two prospective clients looking to purchase a hogshead; they ended up buying the company. In 2014 the company restarted whisky production at a newly constructed distillery; Ardnamurchan Distillery.

The company has become known as one of the best bottlers of limited-edition single malts and rare single casks. Their goal is always to find those small number of casks that are sources of the ultimate whisky, in terms of maturity, rarity and flavour. As all casks and their contents mature differently, each has its own character, meaning that you will never come across two from Adelphi that taste the same.