Aberlour A’bunadh is one of the most successful whisky series of all time, with a 66 bottle line-up to rival Port Charlotte’s Cask Exploration, and Macallan’s Folios.

We are excited to announce that you can become the owner of the entire Aberlour A’bunadh series so-far by purchasing the 66 bottle vertical on our shop.

The A’bundah series has a long history, making the vertical the perfect embodiment of the history of Aberlour.

One of the most successful on-going series in whisky first introduced in 2000, Aberlour A’bunadh is a unique batch produced single malt whisky which has attained cult status amongst whisky connoisseurs. A’bunadh which means ‘the original’ in Gaelic, is made in homage to Aberlour’s founder, James Fleming, using only traditional methods.

Aberlour A’bunadh is a throwback to a time when people would bring any bottle, such as an apothecary bottle, to the distillery to be filled. The whisky would have been bottled at cask strength and not chill-filtered at natural colour. For these reasons A’bunadh is bottled in a replica apothecary bottle, at cask strength, natural colour, and sealed with wax.

A’bunadh is released in limited run batches as designated on the bottle labels, and carries no age statement. Exclusively aged in Oloroso sherry butts, A’bunadh is blended from a mix of first-fill and refill sherry casks ranging from five to twenty-five years old.

Each batch has a slightly different taste, colour, and proof strength. The first five A’bunadh batches had no specific batch designation, and are only distinguished by a silver-coloured label on the bottle. Batch 6 is the earliest official batch designation; since this release Aberlour have included the individual batch number and proof on each bottle. 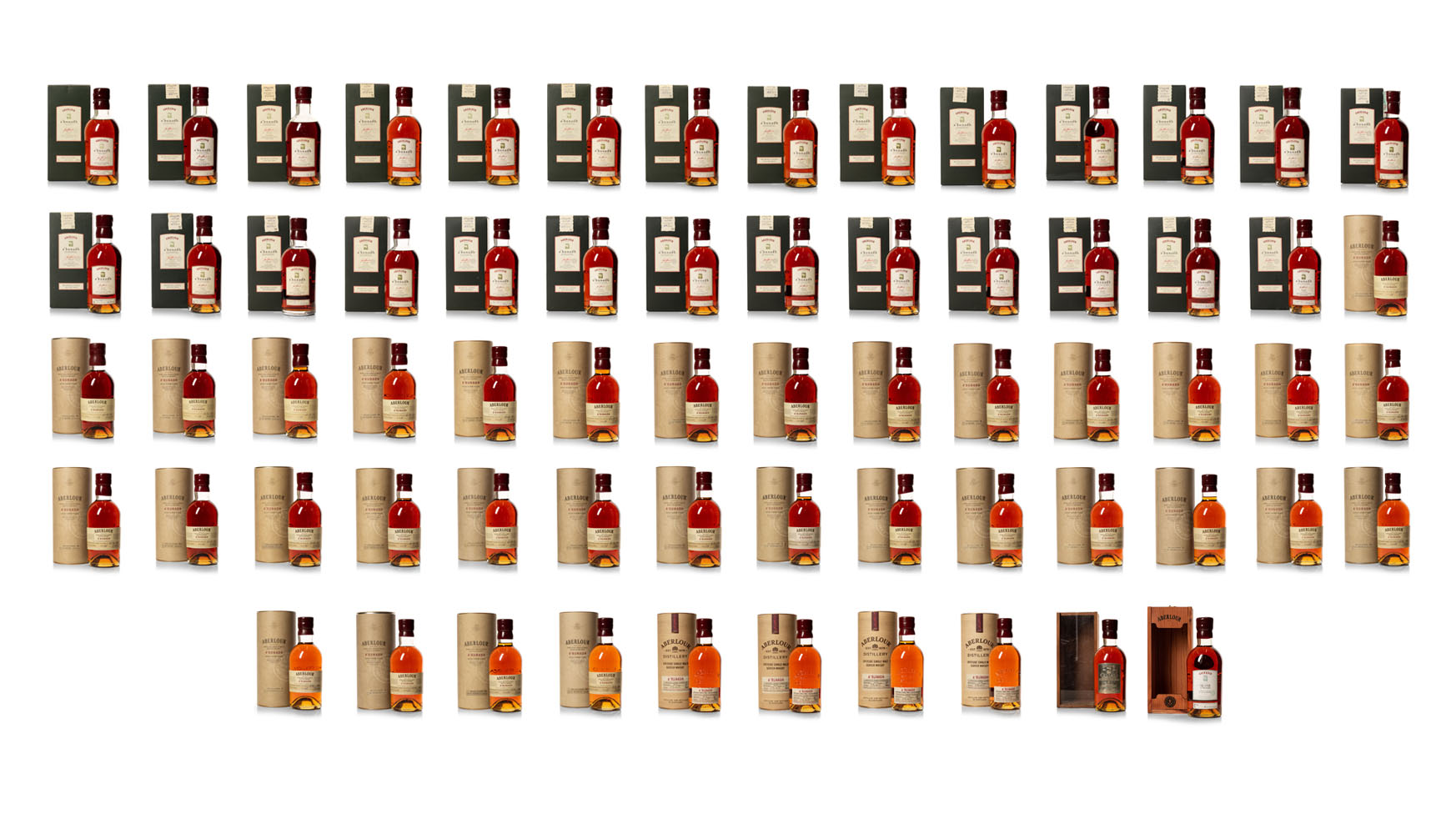 While each batch is limited, the A’bunadh range also includes two highly sought-after special edition batch bottlings. A’bunadh Silver Label Millennium Edition is a cask strength 12-year-old bottling distilled in 1987, and bottled in 1999 in preparation for the millennium celebrations. The A’bunadh Silver Label batch consists of 2000 bottles, each adorned with an individually numbered sterling silver label.

The second special edition, Silver A’bunadh is an extremely limited run of only 37 bottles, and was bottled in 1999 at cask strength and aged for 12 years. Details about Silver A’bunadh are limited, provoking speculation the 37 bottles were produced from remnants found in casks used to produce one of the earliest A’bunadh batches.

The A’bunadh range owes its origins to a bottle buried in the foundations of Aberlour’s still room. Aberlour’s distillery guides tell the story that when the still room was extended in 1973, workmen discovered an 1898 newspaper about the distillery fire wrapped around a bottle of 1898 Aberlour.

By the time the distillery manager learned of the discovery the workmen had begun to enjoy the bottle’s contents, and over half the whisky was gone. The remainder was sent to Aberlour’s laboratory for analysis ultimately acting as the inspiration for A’bunadh, which is an attempt to recreate this lost single malt.

A Brief History Of Aberlour

Originally founded by Peter Weir and James Gordon in 1826, Aberlour sits at the base of Scotland’s Ben Rinnes mountain. Aberlour has been rebuilt twice due to devastating fire damage; the first rebuild occurred in 1879 when local banker and grain merchant James Fleming financed and founded a new Aberlour distillery. A second fire resulted in Aberlour being rebuilt again in 1898, when it was redesigned by noted distillery architect Charles Doig. Remaining in independent ownership until 1974-75, Aberlour was purchased by spirit company Pernod Richard and transferred to the control of Chivas Brothers in 2001.