L.S. Lowry is famed for his simplistic depictions of the lives of the working class in Northern England. One such depiction – titled ‘The Mill, Pendlebury’ – recently sold for £2.65m at auction, after being ‘lost’ for seven decades.

The painting is an oil-on-canvas work depicting Acme Mill in Pendlebury, Lancashire, towering over residents of the town as they enjoy a day out. In the foreground are people walking dogs and pushing prams. In the background Lowry depicts children playing cricket. Acme Mill was demolished in 1984, after 79 years in service.

‘The Mill, Pendlebury’ was completed in 1943, and there have since been no records of it. Lowry himself gifted the painting to the parents of Leonard D. Hamilton – the famed scientist credited with contributing to the discovery of the structure of DNA. The painting was hidden away in Hamilton’s office until his death in 2019. Consequently, the art-world was taken by surprise by the discovery of the painting. 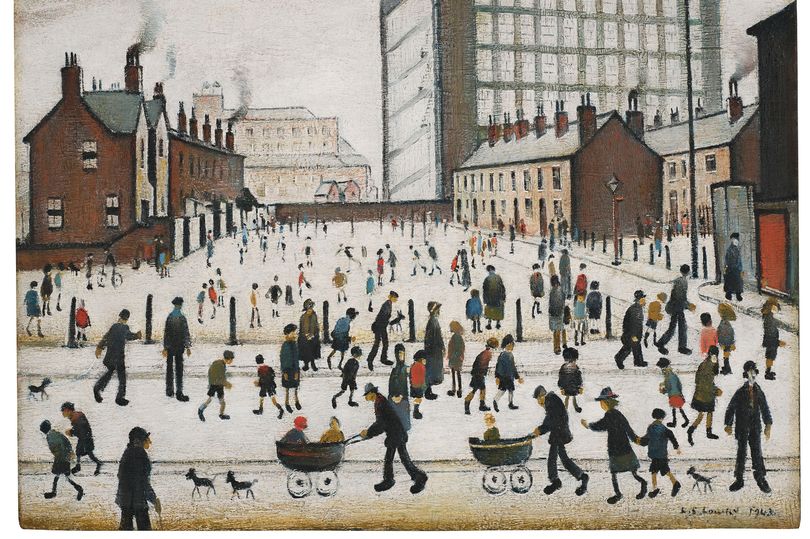 Hamilton relocated to the US in 1949, and the painting went with him. He later moved to Long Island, where he lived in a home that was better suited to housing his collection of art. This particular Lowry painting was included in that collection. Recently, however, the painting has returned to the UK, being sold to a London-based private collector on January 21st, 2020 at Christie’s auction house.

Whilst ‘The Mill, Pendlebury’ fetched a handsome fee at auction, £2.65m is not the record price paid for a Lowry painting. Two Lowry works – ‘The Football Match’ and ‘Piccadilly Circus’ both sold in 2011 for £5.6m.  However, the price paid for ‘The Mill, Pendlebury’ exceeded expectations; the painting was expected to sell for between £700,000 and £1m.

L.S. Lowry died in 1976. His paintings are still famed and cherished throughout the country, as is shown by the fee paid for this lost work of art.

The Truth About Cask Investment & 10-18% per annum returns Yamazaki Whisky: 55-Year Old Whisky to Sell at £21k Per Bottle